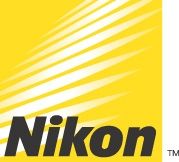 OK, folks… listen up! Here's a challenge to VIDEO producers from a STILL camera manufacturer. As you've been reading in our magazine and on our site, the lines are merging between still and video shooting, and many still camera makers are making the cameras able to shoot good quality video, too. But, most people still think of STILL cameras as only being able to take – what we VIDEO shooters call – "Freeze Frames". Well, that's no longer the case. And Nikon wants you to know about it by offering a contest with a prize of $100,000 for a great video… and it can be shot from any type of cam: video, still, or any brand. Read more about it from the Press Release we received from Nikon here: Go to to www.NikonFestival.com to submit videos, vote and see the videos created by our judges. Submissions will be accepted until December 15th. Users can also follow it on Twitter @NikonFestival, or check out the Nikon Festival Facebook fan page.

Winner Given Chance to Pursue Their Dream with $100,000 Award

MELVILLE, N.Y. (Nov. 10, 2009) Nikon Inc. today announced the launch of a new integrated marketing campaign that includes the first ever Nikon Festival to celebrate, inspire and harness the current popularity of content creation shared through social media. As a progressive social media innovator and D-SLR market leader, Nikon is challenging budding filmmakers to upload 140 second short-form video with the theme A Day through Your Lens to www.NikonFestival.com and follow @nikonfestival on Twitter for a chance to win up to $100,000 and Nikon equipment to pursue and chronicle their dreams. Nikon advertising star, Ashton Kutcher, will contribute to the Nikon Festival by sharing his personally shot video taken with the D5000, which captures his recent visit to Africa. The Festival will be supported by a national TV broadcast and online advertising campaign and will run through the end of the year. The Festival video submission period begins November 10 and will be open for entries for a six-week period. The Nikon Festival represents the progressive nature of our brand in merging social media with innovative products as a way to engage and empower aspiring photographers and filmmakers, said Lisa Baxt, Senior Communications Manager for Nikon Inc. "Nikon is committed to advancing HD video with the D5000and other products and supporting it with an integrated marketing program that has a strong impact and is viral in nature. As part of this campaign, the Festival presents the opportunity for current and future Nikon customers to tell their story with HD video. Nikon has also enlisted influencers from TV, photography and social media to serve as official Festival judges. Each will also share personal videos shot with a Nikon D-SLR camera, including actor/writer Rainn Wilson, Internet personality Justine Ezarik (iJustine), and visionary photographer Chase Jarvis. The Nikon Festival entries will be judged in December and winners will be announced in January. As an actor and avid writer, I applaud Nikons creation of this Festival to advance the accessibility of thought-sharing and self expression to aspiring filmmakers and photographers, said Rainn Wilson. I think this is a unique way for people to initiate dialogue on topics they care about, while gaining exposure for their work. Im excited to check out the videos people submit and will be tweeting throughout the Festival. Upload A Day through Your Lens Video As guided by the video submissions of Ashton Kutcher and Festival judges, entrants are challenged to create videos in 140 seconds or less, capturing the essence of a day in their life, whether funny, profound or inspirational. As videos are uploaded, they can be automatically shared with entrants social networks, including Twitter and Facebook, allowing instantaneous campaigning for views and votes. Although entrants are not required to use a specific camera, judges will be providing direction to meet the criteria of image quality, originality and ability to capture a day through their lens in 140 seconds. Change Your Life in 140 Seconds or Less Festival entrants will have the opportunity to win one of two awards: an audience award and a judges award. The winning video selected by the Festival judges will be awarded $100,000 and Nikon equipment to pursue and chronicle their dreams. Additionally, the video getting the highest average rating and most audience views will be awarded the $25,000 Audience Award and Nikon equipment. Entrants of the Festival, found at www.NikonFestival.com, are encouraged to use social media platforms, including Twitter and Facebook, to share submissions and gain views and votes. Terms and conditions can be found at www.NikonFestival.com. For more information on the Nikon Festival and other information on products from Nikon, please visit http://www.nikonusa.com. Follow the Festival on Twitter at the address: @nikonfestival. About the Nikon Festival Judges Rainn Wilson is an actor and writer, best known for his role as the endearingly awkward Dwight Shrute on The Office. He has acquired a major online following and strong media presence for his thought-evoking website SoulPancake.com, with more than 1,500,000 followers through his Twitter address: @RainnWilson. iJustine (Justine Ezarik) is a popular Internet evangelist and online video personality, who is the top video blogger on YouTube and iJustine.com. With more than 850,000 Twitter followers through her Twitter address: @iJustine, she recently served as the official Twitter correspondent for the 2009 MTV Video Music Awards. Chase Jarvis is an acclaimed professional photographer, author and active social media influencer. To see more of his work visit www.chasejarvis.com or follow him at his Twitter address: @chasejarvis. About Nikon Nikon, At the Heart of the Image. Nikon Inc. is the world leader in digital imaging, precision optics and photo imaging technology and is globally recognized for setting new standards in product design and performance for its award-winning consumer and professional photographic equipment.Nikon Inc. distributes consumer and professional digital SLR cameras, NIKKOR optics, Speedlights and system accessories; Nikon COOLPIX compact digital cameras; COOLSCAN digital film scanners; 35mm film SLR cameras; Nikon software products and Nikon sports and recreational optics. For the second consecutive year, Nikon D Series digital SLR cameras are recognized as Highest in Customer Satisfaction with digital SLR cameras, Two Years in a Row, Tied in 2008. according to the J.D. Power and Associates 2007 and 2008 Digital Camera Usage and Satisfaction StudiesSM. Nikon Corporation, the parent company of Nikon Inc., recently celebrated its 75th anniversary of NIKKOR optics and announced the production of over 45 million NIKKOR SLR interchangeable lenses. For more information, dial (800) NIKON-UX or visit http://www.nikonusa.com, which links all levels of photographers to the Web's most comprehensive photo learning and sharing communities. For J.D. Power and Associates award information go to jdpower.com