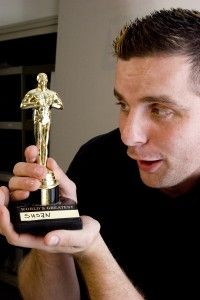 I was searching the “net” today and I ran across several blogs commenting on why television is either bad, or a waste of time and how watching television only serves the purpose of warping ones mind…. Well, it got me thinking about it and the truth is, I really like television and if you edit video, you should to.

Number one, if you complain about commercials and you edit video I am sorry but you are an idiot. A commercial is the number one video type that video editors should study to understand how the process works. Commercials tell stories in a very short amount of time and almost always conveys some sort of message. This is a task that is difficult for major motion pictures to accomplish, yet with 30 seconds commercial producers can and they do it consistently. If you want to understand how to edit, how to shoot, and how to tell a story watch commercials. Don’t complain!

Number two, CNN, Fox News and MSNBC are not the end all be all of real TV and everyone should know this by now…. However, instead people still find the time to rip all of them because of their lack of integrity and journalistic objectivity. By spending hours of the day and your own free time complaining online on a blog that you claim is the “legit” news about how the “other” news source only represents biased and opinionated political views… you yourself are only doing the same.

Number three, to everyone who says that TV warps the mind and results in one becoming a “couch potato.” I have this to say, television inspires me to create better, faster developing, stories that grasp any audience and make them want to pay attention. When I see a show the grabs me, and actually gives me a reason to focus through my almost uncontrollable A.D.D. I get inspired to work and work til I know I have done a better job than I what I saw on TV.

If you edit video you should NEVER limit yourself. Watch commercials, don’t gripe about the news and pay attention. In your mind you will learn how to critic, learn and move forward with your video production knowledge and skill level. Don’t believe me? Well try it and see for yourself.