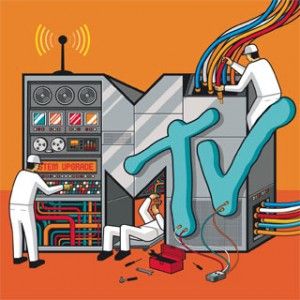 MTV is dead. It was a long horrible drawn out process, but MTV the legendary music video format originators have passed away. In it's place, stands some awfully unoriginal programming. Unless you have been living in a cave for the last 20 years, you might have noticed that MTV really doesn't air music videos anymore. The truth is, since about 1993 the channel began to stray from the music video format and hasn't stoped since. Music videos used to be forced down our throats growing up. Which in turn ended up inspiring a generation of indy filmmakers to perfect their craft. Using the music video format to tell their stories.So where are we headed then? Well, I think that YouTube will basically become the new MTV. Because people no longer go to MTV for music video content. However with the popularity of viral videos and how word of mouth spreads the need to see them, a new music video stands a better chance at reaching a directly targeted demographic than it does getting lost in the shuffle on MTV. Now how did Music Television forget about the "music" part? For example, I remember people telling me that I should really check the new Nirvana video and it seemed like everyone was talking about Alternative this and Grunge that. Well, now it's, "Did you see the new Ask a Ninja?" or "Did you see that clip of the Star Wars Kid?" A current glimpse into this trend was reported by NewTeeVee. YouTube viral video hit JK Wedding Entrance Dance which featured a crazy wedding ceremony dance entrance was set to Chris Brown's song Forever. With over 12 million views, the video's producer added a link to in both the video and on their YouTube page to allow viewers the option to buy Forever on Amazon and iTunes. Forever, over a year old has had a surge of new life breathed into it basically flying back up to No. 4 on iTunes Singles and No. 3 on Amazons best-selling MP3 list. Viewership for the original Chris Brown video for the song balloned as well to 2.5 times the original views. Will YouTube become the next MTV? I think so, how about you?