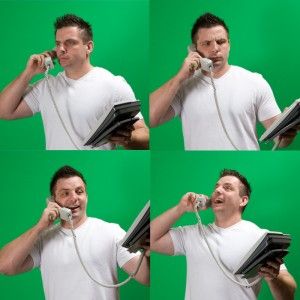 Yup, that’s right. It’s time for another list! You guys asked for one… oh wait you didn’t?

huh, well here it is anyway:

(Now before I begin this one let me explain why I enjoy b-movies, not all of them are “bad” and not all of them are “bad without knowing.” A lot of the time, these movies show true effort within a given budget. Sometimes it’s the process of working within that budget that creates the “bad” in the movie. So for me, I enjoy the effort put into these movies to see just how well the director utilized the means that was given to them.

And sometimes, it’s that effort that makes you realize that either there were serious considerations, decisions and belief put towards the project… Or there was none at all, which is where the humor and good times begin to kick in! There are some honorable mentions that did not make the list, well because I simply enjoyed them too much to include them.

Evil Dead 2 / Army of Darkness are simply very enjoyable movies in there own right. I don’t think that they are necessarily b-movies. Night of the Comet is pretty much one of my favorite movies, it’s not a b-movie so much as an 80’s sci fi/horror movie. There are various others that almost made the list; Solarbabies, Gymkata, The Wraith, The Neverending Story 3, Howard the Duck,Twilight, etc. But we would’ve been here all day so let’s just take a look at the very best! Now let’s get to it!)

10.) Bad Taste – Guess what? This one was made by Peter Jackson! Yup, the guy that won an Oscar for The Lord of The Rings trilogy. As a matter of fact, it was written/produced/directed/acted/SFX’d by him! So what is this all about? Hobbits? Oh no. Not at all. Image if aliens attacked and wanted to use humans as the main entre’ at a fast food diner opening in their hometown…. Chances are we’d have to hire a team of jolly fellows to run them out of town right? And there you go, that’s all you need for this movie to be created! Thank you Peter Jackson, NEXT!

9.) Attack of the Killer Tomatoes – Stands side by side with Ed Woods’ Plan 9 From Outer Space as one of the classics. It’s all in the title folks, NEXT!

8.) Streets of Fire – Set in the 50’s, made in the 80’s! This is a classic example of other time piece films, ruined by people doing 80’s dances while attempting to recreate another era. Basically just your typical 80’s action, drama, adventure, comedy, gang oriented, musical… My favorite piece of dialog from this film you ask?

7.) Star Crash – When the star of Baywatch joins the cast of a blatant rip off of Star Wars you have a formula for instant b-movie gold.

6.) Story of Ricky – Remember the Daily Show? Back when Craig Kilborn was the host, and they had the 5 questions for each guest? The video they aired during the graphic was a clip that featured a man getting his head crunched by a Martial Artist who had a chip on his shoulder. Well, that was a pretty mild scene from this classic Martial Arts gorefest of a b-movie. The plot centers around an inmate out for justice in a corrupt prison, and well the only way out is Kung Fu!

5.) Rock N Roll Nightmare – Pretty much the most butt-rockin’ horror film ever made. John Mikl Thor is everything is this movie… It’s David Lee Roth with muscles and even more cheese. Oh, and he fights evil… Yup. Evil…

4.) Frankenhooker – Well, with the title you probably already know where we’re headed. Pure gold that’s where. Imagine Robocop, with prostitutes, no guns and lots of crack! Oh, and done as a comedy… Yup. Comedy. The opening scene in this movie you ask? Why a man accidently killing his wife to be in a freak lawnmowing accident. And that’s just the set up. Since he is a scientist (of course!) he begins putting her back together, using prostitutes for extra body parts. Let the laughs begin.

3.) Dead Alive – The bloodiest Zombie movie in history. Hands down. Also, probably one of the funniest. Both intentional and due to sheer rediculousness. Directed by the only man to make 2 appearances on this list Peter Jackson. Ya, the Lord of the Rings guy. Go to YouTube and watch the Lawnmower scene… You will hate me for it later.

2.) Battlefield Baseball – Ok here we go: the only Action/Adventure/Sports/Drama/Zombie/Horror/Musical on our list… or anywhere, ever. NEXT!

1.) Death Race 2000 – Ah, the cream of the crop. Without a shadow of a doubt. The king of all b-movies. David Carradine as Frankenstein, Sly Stallone as Machine Gun Joe Viterbo, Matida the Hun and so many more… This movie is just unforgettable. The plot? Well, in the year 2000 there will be a race held stretching across the country. Starting in “New” New York and ending in “New” Los Angeles. Running people over won’t be illegal, it’ll be fair game! The movie that aimed to warn us of things to come in the year 2000 still holds it’s place as the best worst movie of all time. A movie so bad, that it is just that good.