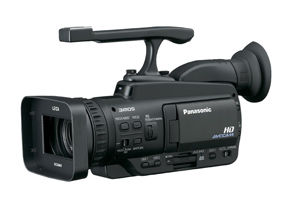 Initially previewed at NAB for $3,199, Panasonic’s professional AG-HMC40 AVCCAM handheld camcorder will begin to ship in August at a significantly lower price, widening its appeal to a much larger customer base, the company announced today. Panasonic also announced that shipments of the new HMC40 camcorder will come initially (from August 2009 through March 2010) bundled with free EDIUS Neo 2 video editing software (Retail Value: $199).

Compact and lightweight at 2.16-pounds, the HMC40 is a versatile HD camcorder with high-quality AVCHD recordings, high-resolution still photo capture, and professional audio capabilities for a wide range of applications and markets including schools, government agencies, event videographers, web designers and more.

The HMC40 will be available at the end of August, with the free Edius Neo 2 non-linear editing software package (for Windows PC only), at a suggested list price of $2,295.