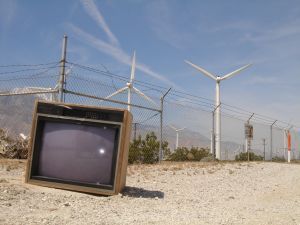 According to a recent Nielsen poll, more Americans than ever are plopping down in front of the TV for their entertainment.

Variety Magazine, a publication that watches the film industry, TV programming and trends, reports the poll found that the average viewer is spending more time watching programming on a traditional television, and less time watching on mobile devices and the internet.

The report goes on to state, “The average American older than 2 years watched television for 151 hours per month,” which reports to be up from 146 hours of viewing last year at the same time.

Perhaps in these economic times, people are going out less, and looking for home entertainment more. Additionally, some people speculate that books, magazines and television viewing won’t be replaced by computer or the internet because of ergonomics: viewers of television or readers of books and magazines tend to lean back and relax, often in an easy-chair, perhaps with their feet kicked up, whereas being on a computer tends to make the users lean forward in a less-than-comfortable state with feet on the floor, and blood running down the legs.

But we’re video producers, so now seems to be a good time for us to get editing, so we can provide all those viewers with something entertaining to watch!

Matt York’s Viewfinder column in the May issue, Making video in an Economic Downturn talks about this very subject. Now is a good time for video producers to hone their skills, finesse their craft, and start following their passion of creating video. Who knows where the economy might take you?