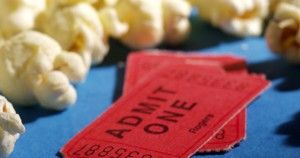 Hearing the news that Star Trek had a $76.5 million box office in its opening weekend, I thought that I had to chime in for a moment just to get a few things off my chest. Now listen up movie goers: Hollywood stinks! The current trend of rehashing old movies with a ramped up budget is driving me nuts. It is not creative, it does not require any skill or talent, it is obviously a movement based purely on capital that shouldn’t be rewarded. It is also creating a downward spiral for new directors and movie creators with original concepts. Who because of this trend can’t find work due to the proven trend of turning old movies around. I haven’t been to a theater in years, and the only reason is that I have seen all of the movies the first time around, when they were original in nature and new ideas based in skill and fresh concepts.

Why would I go see Jason again when I saw the original years ago? I want to remember it as it was, a very talented display of what horror can be and an entirely new take on the genre. Why should I see the new version, it has moved away from everything that made the original unique. Why should I pay to see a Land of the Lost movie? The reason that I enjoyed the show was because it was so cheesy and made me smile as an 8-year-old who liked dinosaurs. Now, it’s a Will Ferrell movie. Imagine if every CD you bought was nothing but cover songs from 10 years ago. Would you feel that you’re really getting a “new” CD? No, you wouldn’t. And I want to see new movies, I want to hear new music, I want to know that there is a reason that a certain director made $50 million off of a concept. I want to support what I feel is truly deserving of my money. The economy is bad, so we are essentially voting with our Bejamins, and I refuse to vote for unoriginal, force-fed concepts that are based more in marketing than in true artistic merit…