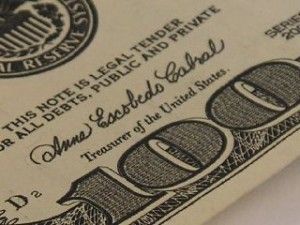 What value does a professional video producer place on their work? What happens when you contract video work for hire and the client doesn't honor the work?

What Price Should a Pro for Hire Charge?

A couple years ago, I received a phone call from a woman in tears. She's a good client of a friend of mine and the caller was going through some deep personal drama. Her mother had just days to live, and she was looking for someone to make a memorial video for the funeral. Knowing I offer this service, my friend, Cathy, suggested her client give me a call. I offered my condolences, gently tried to explain to her that time was of essence, and she'd need to get photos to me as soon as possible and I'd make a nice piece for her.

"Thank you," she said, "my mother was a wonderful woman and deserves the best."

I then quoted her a price of $300 and she hesitated… and said she'd get back to me. A week later, another associate told me she had contacted him, stating I was asking too much money, and she offered him $100 to do it and he turned her down. She then went to the person who manages her website, and he agreed to do it for $150.

Two days later, this woman's mother did pass away, and with the funeral in 3 days, she called me back in tears again. She received her DVD and was shocked at how horrible it was. The fellow scanned about 40 photos, scanning the smaller ones together 4 at a time. He then made a slide-show of the scanned images. He didn't resize any of the photos, frame them or make them "pretty"… he didn't even separate those that he scanned together. Most of the photos had the paper edges showing, some were partially off the screen, others were slightly crooked, and a couple were even sideways. As for the ones that were scanned 4 together, the "slide page" that these appeared on was even worse than the full-sized images. The smaller older pictures were so tiny you couldn't make out the subject.

Taking pity on her predicament, and realizing she was a good client of Cathy's, I told her I'd clean them up and add some music… for $200. She was terribly upset, said she'd already invested $150 and all this time, and the images were already scanned… etc. I tried to gently explain that I now had little time to finesse, and I still had to copy her chosen music, and as much as I felt badly for her, if she'd come to me in the first place… etc.

She was terribly upset but I just couldn't walk away from it, so I agreed to do it for $100, as a favor to Cathy, and be done with it.

2 days later, after 2 full all-nighters, I gave her a nice 20-minute piece that had a wonderful ebb and flow through this dear lady's life with meaningful music. As I showed it to the family, they were all in tears by the video's end. I received a $50 "tip", for my effort. So she ended up paying $300 after all, but I, the "artist", who gave up 2 nights of sleep, had less time to work my magic, while the web-guy spent about an hour for his $150. (BTW: Cathy tells me this woman is very well-off, pays her well, and showed up at our meeting dripping in diamonds.)

What price for Charity?

[image:blog_post:13915] A few months ago, a similar thing happened, when a local charity group wanted to make a promotional video for a fund-raising event they had coming up and called on me to help them. I quoted them $500 minimum, or $50 an hour to shoot and edit it. They said they'd get back to me.

I got a call from them two days ago. They decided to do it themselves, I was told, so they bought a small HD camera, a cheap mic, and an expensive pro-level editing software program. One of their members was trying to learn how to edit but couldn't get past how to capture the footage correctly. I made a courtesy visit and looked over their footage which was poorly shot and had unusable sound.

Now they were desperate, their program deadline is looming and could I please, out of the goodness of my heart, edit it and "fix" it.

For what they paid for that camera, mic and software, they could have hired a pro in the first place. I declined.

I wonder sometimes, why people are so willing to pay an attorney $200 an hour, or and accountant $100 an hour, without really knowing the amount of time these skilled professionals really put into their cases, but the clients will swallow and pay anyway. However, these same people seem to think that anyone can buy an affordable camera nowadays, and shoot a quality piece themselves with no training, skills, vision or ideas. Amazing.

I wonder how other video producers would have handled these situations?