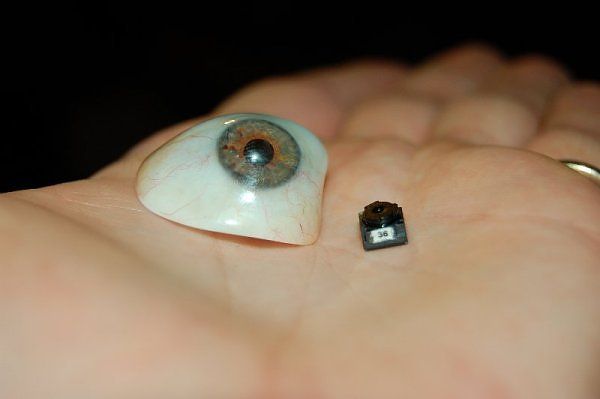 I recently came across a story of that is gaining a significant amount of support behind it. And I wanted to know where it might lead us as cinematographers if it were to happen. There are a couple of similarities amongst two people that I found to be quite interesting. Both are artists, both are creative and very passionate and both only have the use of one eye. Here is where things get interesting; both have one prosthetic eye which they hope to install a web cam into. Rob Spence is a filmmaker who hopes that installing a webcam in his eye socket would help him to become a so-called “lifecaster.” While Tanya Vlach is an artist who hopes that installing a webcam in her eye socket would become a source of “augmented reality.”

As a video enthusiast I found the story very compelling in that it makes me think of the days of when webcams first hit the market and now, the idea of inserting one into a human eye is not that far off from happening. What do you guys think?