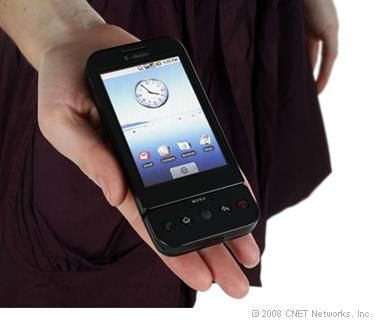 Android phones are well on their way to dominating the consumer market in 2009. Sony Ericsson and HTC are planning new Android phones in time for summer next year; Huawei has an Android smart phone; and Samsung has revealed plans for a “full touch screen” Android handset by next year as well. T-Mobile is the first to jump in the loop with a new Android-powered handset that will be revealed on January 26.

Of the new features for the T-Mobile G1, one of the most pleasing to all of us cinemanias will be video capture and playback. Other things in the the features department making debuts are a 5 megapixel camera with auto-focus and flash, and a front-facing VGA camera to take advantage of the new video calling service expected to come to T-Mobile soon.

What’s next for Google’s Android mobile platform? Only time will tell, but the addition of video capture and playback have just made me start thinking about that next upgrade.