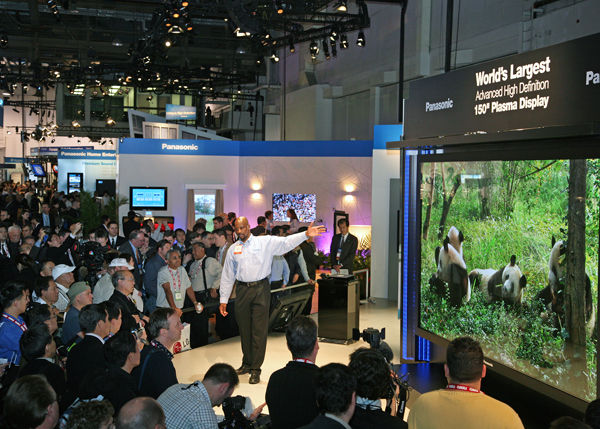 If you’re the type that gets excited about tools and devices that beep, buzz, hum and generally need a battery to operate, then you may already know that the biggest international trade show is fast approaching and devotees are planning their visit like Trekkies at a Star Trek convention.

commonly called CES that takes place annually during the first week of the year in Las Vegas.

According to Information Week, early reports say that digital cams, both still cameras and video cameras, and bluetooth technology and mobile devices, like smartphones are going to be the biggest hits this year.

People from more that 140 countries representing 2,200 electronic companies worldwide annually converge at this event, and you can bet that the Videomaker Editorial Team will be there, looking the show over to find out what the next year’s gear will look like.

From gaming to kid’s electronics to planet Earth sustanibility, there’s going to be a lot to see, but we’ll try to keep focused on mostly video cameras and accessory related toys!

CES, sponsored by the Consumer’s Electornic Association, (CEA), began in 1967 and has been going strong ever since. Watch for more news on the event, and product announcemts, on Videomaker’s blog, during the next few months.