Adobe has released a sneak peak at their upcoming version of Soundbooth. The speech recognition software looks to be especially useful. If you currently own CS3 you can unlock the public beta until CS4 comes out, all others can try it for 48 hours, so check it out!

From an Adobe Press Release:

The Soundbooth beta showcases a host of new features for creative professionals to complete their audio
production tasks more efficiently, including the new multiple track support which allows users to edit
multiple audio clips on a number of tracks, and the new ability for users to match volume levels across
audio files. Also included is the capability to preview MP3 compression settings before saving them and a
new speech recognition technology that lets users create transcripts of dialogue tracks quickly and search
them for words and phrases within a timeline.

Availability and System Requirements
The Dreamweaver, Fireworks and Soundbooth betas, once downloaded and launched, will be active for
48 hours after which time only CS3 customers will have extended access. Using their CS3 product serial
numbers, users will have the exclusive ability to unlock the betas and use them for free until the next
version of Creative Suite becomes available. Beta access will give users an opportunity to deliver
feedback, via Adobe Labs, for future product development.

Dreamweaver and Fireworks betas run on multiple operating systems, including Microsoft Windows XP
with Service Pack 2, Windows Vista and Mac OS X version 10.4.11 or later on PowerPC G5 or Intelbased
Macintosh systems. The Soundbooth beta runs on all those systems except for PowerPC-based
Macintosh systems. The betas can be immediately downloaded from Adobe Labs at
www.labs.adobe.com.

About Adobe Systems Incorporated
Adobe revolutionizes how the world engages with ideas and information anytime, anywhere and
through any medium. For more information, visit www.adobe.com. 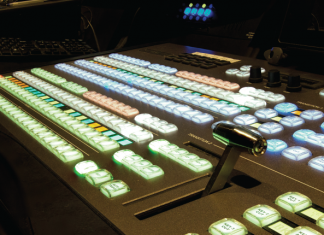