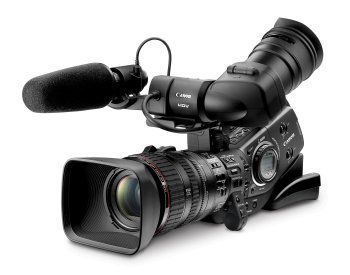 At our NAB meeting with Canon they revealed that they are cautiously looking at their next big move in deciding what the future format for their professional line of camcorders will be. Some possibilities include licensing the AVCHD format or possibly rolling their own format. Canon’s history of being an imaging innovator leads us to believe that Canon is motivated to create their own, however, their current HDV license with the Canon XL H1A and XL H1S might suggest that they’re content with joining a standard such as AVCHD. Currently, their consumer division licenses the AVCHD format as well, which could make it easier for the prosumer audience to move up their line if it’s mostly the same format. At this point in time, it’s all speculation as to what the future will bring– we’ll keep you informed as soon as we know.

To read all about the new Canon XL H1A and Canon XL H1S read the latest Canon news update.