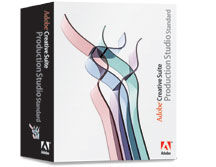 For the first time ever, Adobes Production Studio bundle, which includes Premiere Pro, After Effects, and Photoshop among other titles, is available to Intel based Mac computers. Previously, only After Effects and Photoshop were available on current Mac platforms over the last several years. While there were no hard numbers to report, Adobe suspects higher overall performance in video editing by mixing a very powerful and integrated software package with the stability and robust hardware performance of a Mac computer. We suspect the same and we also suspect Apple may need to respond appropriately to their competition. Although, theres nothing to report on the Apple front in terms of Final Cut Studio, were anticipating better editing tools for all of us, no matter what bundle you choose.