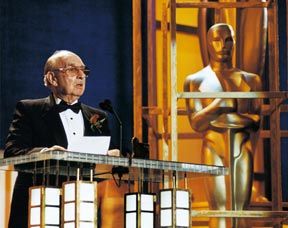 reprinted from a Tiffen press release: Hauppauge, NY, November 21, 2006 – Steven Tiffen, president of The Tiffen Company, today announced the passing of his father, and company founder, Nat Tiffen. The senior Mr. Tiffen passed away peacefully on November 21st. The Tiffen Company was founded in 1938 by Nat Tiffen, with brothers, Leo and Sol. Bringing with him a passion to provide professional cinematographers and photographers with new and innovative filter optics, Nat Tiffen became an icon in this industry, many of whose members have acknowledged his inventiveness and creativity to their award winning accomplishments. In 1984, Mr. Tiffen was recognized by the Academy of Motion Picture Arts and Sciences as the recipient of a Technical Achievement Award for his companys filter lamination process. In 1999, he was again recognized, receiving a Scientific and Engineering award. Other notable awards include a Prime Time Emmy for Engineering Excellence presented in 1998. Mr. Tiffen, whose wife, Helen passed away in 2004, is survived by his four children, Ira, Barbara, Sandra and Steven and eleven grandchildren. Steven Tiffen said of his father; "He was a great man. And now this great man has peacefully gone to his resting place to be with his beloved Helen, my mother and the love of his life. My father contributed so much to so many people and to the industry he loved and served. He always considered it a privilege to work in an industry he loved, doing what he loved to do. We will forever remember his quiet way along with his great strength and we will forever be grateful for a full life well lived. My family and I want to thank all of you for your thoughts of kindness and your prayers.