Reprinted from a Samsung press release

"As a global technology leader, Samsung is always on the forefront of cutting-edge technologies, working to provide consumers with best-of-breed products" said Albert Kim, national sales manger, Storage Systems for Samsung SSI. "Samsungs announcement of the completion of its Blu Ray disc drive is a major step ahead in the ODD technology battleground. "

The demand for high-definition and large storage capacity is taking off and both Blu Ray and HD-DVD are next generation optical disc formats.

In the Blu Ray drive, the Blue laser is the core factor that enables the next generation optical disc format. Current DVDs uses the red laser (650nm) to read and write data, while Blu Ray and HD-DVD use a shorter wavelength, blue laser (405nm). As a result, the Blu Ray beam can focus more precisely, enabling it to read information recorded in pits that are only 0.16 microns long, which is more than twice as small as the pits on a DVD. Also the smaller pit length allows for the storing of up to 25GB in a single layer disc — about five times more than can be stored on a standard DVD disc.

The enhanced design that was first incorporated into Samsungs External DVD Writer is being adapted to the Blu Ray Drive as well. Samsungs Blu Ray Drive has the sophisticated black and silver color design of a high-end A/V product that would look perfect even in a living room.

Blu Ray offers an outstanding 50GB of storage capacity on a double-layer disc (25GB on a single- layer disc). A single-layer Blu-ray Disc can hold 25GB, which can be used to record over 2 hours of HDTV or more than 13 hours of standard-definition TV. There are also dual-layer versions of the discs that can hold 50GB. Moreover, consumers can enjoy High Definition Blu Ray ROM movies at home, and record Digital Broadcast Programming.

Like all the other Samsung ODD Drives, the Blu Ray drive is eco-friendly and supports Firmware Live Updates that allow users to ensure they always have the latest Blu Ray firmware version. 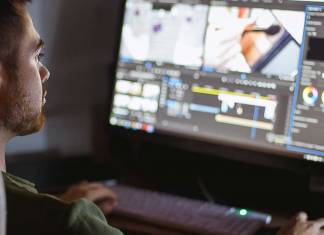