Windham, NH April 3, 2002 – Reinforcing the award-winning Contour ShuttlePRO multimedia controller’s appeal as the essential tool for audio, video, animation and other non-linear digital editing applications, Contour Design announced today they have updated the product with enhancements making the ShuttlePRO easier to install, more productive to operate, and more attractive to buy than ever before. The updated product will be unveiled at the National Association of Broadcasters’ Tradeshow (NAB) in Las Vegas, Nevada April 8-11, 2002, where more than 117,000 professional audio and video editors will see the ShuttlePRO used with industry-leading applications from vendors such as Adobe, Alias|Wavefront, Apple, Avid, Boris, Canopus, Digidesign, Macromedia, Media 100, MOTU, Pinnacle, Sonic Foundry, Steinberg, Ulead and many more.


The numerous improvements begin with powerful but unbelievably simple new ShuttlePRO software on the hybrid Mac/PC compatible CD that ships with the product. A fully automated installer swiftly initializes the ShuttlePRO, places all the necessary software components on the owner’s computer, and automatically readies virtually any multimedia editing application to receive ShuttlePRO commands. To improve the end-user experience even further, the ShuttlePRO now includes pre-printed labels for it’s 13 programmable buttons, new pre-programmed settings for industry-leading applications, new eye-catching and informative packaging, and an easy-to-read poster illustrating how ShuttlePRO owners may modify or create their own settings for any software application.

The Contour ShuttlePRO Multimedia Controller provides natural and total control over digital editing software. As a jog & shuttle controller, the ShuttlePRO offers timeline accuracy that a computer mouse and arrow keys can’t deliver, and it’s 13 programmable buttons let users work faster and easier than ever before by placing total control at their fingertips. The ShuttlePRO connects to computers via USB port, and is compatible with Apple Macintosh OS 8.6 – 9.2, OS X, Microsoft Windows 98, 98SE, Me, 2000, and XP operating systems.

The ShuttlePRO is priced at MSRP $125.00 (USA), with an average street price of $99.95 through major retailers, catalog houses or dealers. For NAB show attendees, the ShuttlePRO is available at a special price of $89.95. 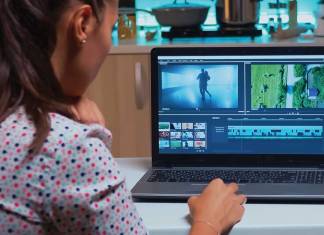