Do you have gear lust? You might after watching this new music video that is sure to be on the top billboard charts for photographer jams of 2019.

The music video is for a song titled “Gear Lust.” The song is by Canadian photographer Taylor Jackson (and backup singer Canadian wedding photographer Lindsay Coulter). The song tackles the deep and dark issues that every photographer must face in their lives: the never-ending desire to have more gear. Essentially, the music video shows Jackson with more gear than he can handle. Is this a flex of his gear collection, or is it a cry for help to kick is gear addiction? You decided:

All fun aside, the music video actually does take on the topic of a real syndrome. Gear Acquisition Syndrome (or G.A.S) is described as a never-ending desire to get more and more camera gear. Most of the time the syndrome stems from photographers trying to relieve their anxieties.

Put yourself in this situation: You are working 80-hour+ work weeks and are constantly being told your work isn’t good enough. That’s enough to drive anyone up the wall. So what do you do to deal with that stress? You go buy something new for your camera. Ultimately the syndrome warps our brain’s reward and stress systems. When someone with G.A.S buys a new piece of gear, dopamine is released into their body and makes the person feel good.

So G.A.S isn’t so much as a want to buy new camera gear, it’s more like a need to buy to handle stress.

Are you lusting for new gear yet?

I think it’s safe to say all of us, at one point or another, have felt a sense of gear lust when we want a too-expensive piece of equipment. That’s really what makes the music video hit home — it also helps it’s a catchy song! Good luck trying to get it out of your head, but honestly why would you want to?

We finally have our anthem whenever we find ourselves wanting all the lenses and bodies, but got no money. 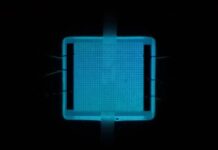