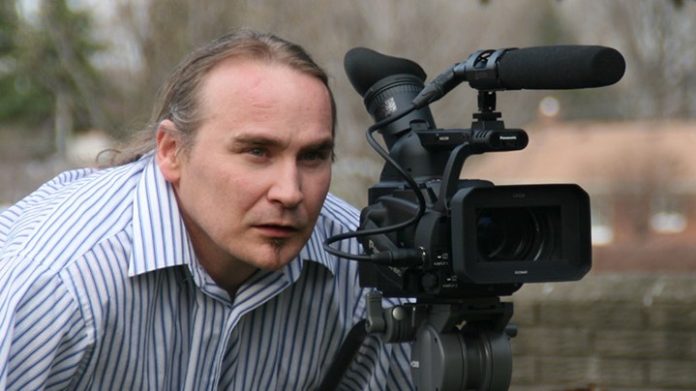 Congratulations to David Bark, our second winner in the Great Gear Giveaway! David is taking home the Hybrid Shooter Package, which includes a Yuneec Typhoon H, a one-year subscription to Adobe Creative Cloud, a Ricoh Theta V and a YI M1 Mirrorless Camera and 12-40mm lens along with a bunch more awesome prizes from audio gear to recording media to camera support and more!

A bit about David

David originally started out as a graphic designer, but after borrowing an old video camera from his brother, he became hooked on video production.

“All of a sudden I was filming everything under the sun,” David recalls, “I taught myself to edit on iMovie, graduated to Final Cut Pro, and ultimately wound up going to school to get my degree in Media Arts with an emphasis on video production.

“I definitely have learned a lot for Videomaker, too,” David continues, “especially in the early years.”

Check out David’s demo reel to get a feel for his production style:

What will Dave do with all that new gear? “I did some freelance video production for a time, and I have plans to get back to that,” David tells us, “This contest is definitely going to make that a lot easier. Thanks again!”

Thank YOU, David! Videomaker would be nothing without readers like you.

The Great Gear Giveaway is over — and that means the new Videomaker.com is here!

The Great Gear Giveaway celebrates the launch our brand new website! Take some time to look around and let us know what you think!

And congrats again to David — we hope you enjoy your prizes!