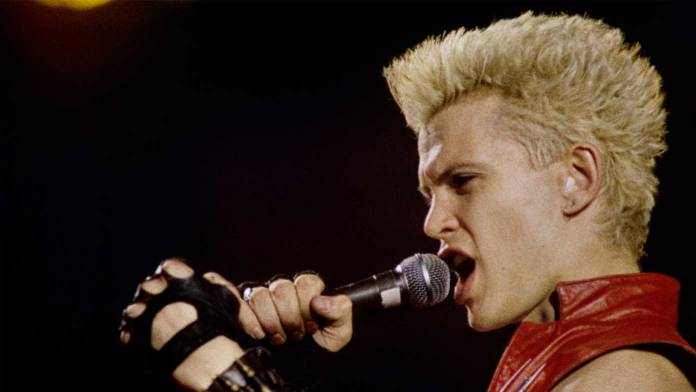 Michael Grecco lives a life rich with valuable opportunity and cherished experiences. He’s a celebrity photographer, director and author of the new book “Punk, Post Punk, New Wave: Onstage, Backstage, In Your Face, 1978-1991.” Over his career, he has photographed some of the world’s most famous rock ‘n’ roll icons such as Billy Idol and Mick Jones. While he’s taken a countless number of portraits over the years, his passion for portraiture is still clear as day.

While it was a big endeavor to transport and process 40 years worth of images for his book, it would have been much more difficult without Grecco’s SanDisk drives.

Grecco started his journey as a professional photographer back in college. He worked for the Associated Press while doing double duty as a college student. It was here Grecco learned the fundamentals of photojournalism and was soon eager to find his focus.

“I wandered into this club called The Rathskeller and totally got into the punk scene in Boston and started documenting it,” says Grecco.

From there on, Grecco fell in love with the punk music scene. By focusing his attention on the Boston Punk and New Wave music scene in 1978 to the mid-80s, he was able to document a historic era in music history.

The evolution of technology

Unlike technology today, shooting film during this time entailed a lot of guessing and hoping. In the mid-80s, Grecco was using cameras without autofocus and had to expose the film properly. “You would do a combination of sort of guessing your exposure and making sure you were in focus,” Grecco says. “It’s nothing like today.”

There’s also been monumental progress in file management. For years, Grecco stored his film and photos in file cabinets. When sorting the images out for his book, he and his editor had to go through forty drawers of film—which filled ten file cabinets. Thankfully, Grecco now has the ability to scan his hundreds of photographers and store them on his server, which is backed up by two 2 TB SanDisk SSD drives.

During the creation of the book, Grecco scanned up to six hundred and fifty images. He scanned at sixteen-bit to ensure the film would get the most bit depth possible at the highest resolution with the type of film he used.

He then sent the scans to his retoucher in Brazil and the publisher. Grecco’s SanDisk Extreme Pro portable SSD drives were crucial because the photos were scanned in sixteen-bit RBG and increased in data size as they were retouched.

“Having my retoucher sit and wait for a computer to transfer a file to the server or having her wait to save files and Photoshop is just a waste of time,” Grecco says. He stored a lot of his files on his two SanDisk Extreme Pro portable SSD drives and sent them over his retoucher.

One of the images included in “Punk, Post Punk, New Wave: Onstage, Backstage, In Your Face, 1978-1991” was taken when Grecco first met Billy Idol. During this session, Grecco and Idol got to hang out, which eventually led to Grecco becoming good friends with Idol. Grecco looks back fondly on this shoot. Not only did he get some amazing shots of Idol, but because he can clearly see his style of shooting in the image looking back now.

“[Looking] back at the clothing, the gloves, the pants, the dress, I’m always more interested in the portrait work because it has more of me in it and it’s more expressive about how I shoot and what I want to say,” Grecco says. “I love this portrait of Billy.”

The SanDisk Extreme PRO Portable SSD has allowed Grecco to take on the major accomplishment that is “Punk, Post Punk, New Wave: Onstage, Backstage, In Your Face, 1978-1991.”

“This was a huge endeavor for me,” Grecco says. “So many images and they were so big, we couldn’t deliver the images, transport the images, and process the images so quickly without my SanDisk products.”

During the retouching process, Grecco sent over his SanDisk Solid-State SSD drives over to his retoucher in Brazil. It’s imperative that these SSD drives are rugged and reliable when being transported around the world.

“A lot of that duplication is on our SanDisk SSD internal drives because we know they’re not going to fail. They’re rugged and reliable,” Grecco says.

Dénouement – Let’s tie it up in a bow

Michael Grecco chose to use SanDisk SSD internal drives because he simply couldn’t do it without them. The drive enabled Grecco to keep his servers running smoothly and ensure his files are safe when they’re being sent to his retouchers and back.