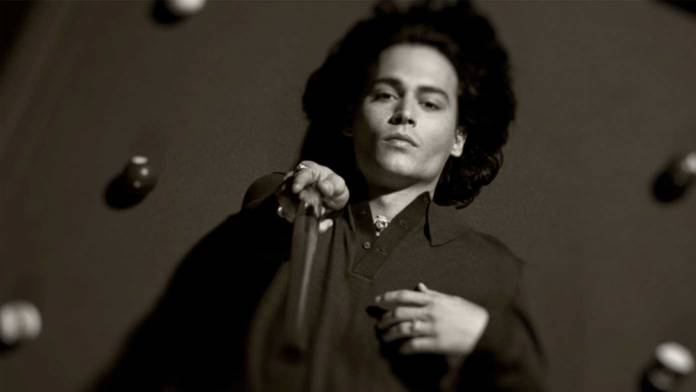 Whenever he’s on set with a client, he’s always looking to capture the story. “It always relates to what the actor, actress, musician is doing. I try to tell the story of who they are also because that’s really important.”

With the support of his SanDisk Extreme PRO Portable SSD drive, Grecco can focus on capturing the story of his celebrity clients and deliver what he knows he can deliver for the project.

Act I – The Creative touch

When telling his clients’ stories, there’s a lot of elements that go into that process. “There’s the location, the set you built, and the studio. There’s the wardrobe. There’s the pros. There’s the hair and the makeup,” Grecco says. “All of those elements come together to tell the story.”

Another important component to every shoot is composition. Grecco’s composition depends on what the shot is going to be used for. So, if he’s shooting for a cover, Grecco shoots vertically. This gives editors a lot of headspace to add in type. If Grecco is shooting for an opening double-page or a splash page on a website, he shoots horizontally.

At the end of the day, these elements all work in unison to capture the story Grecco and his clients want to tell. Grecco usually incorporates elements of projects the celebrity has going on in their lives. All the while, he adds in his own twist. “I do it with my twist, my lighting, my sense of humor. I try to put those elements into the job I have to do,”  Grecco says.

Grecco had the opportunity to shoot Mel Brooks when shooting for the 25 Most Intriguing People of People Magazine. For the shoot, they wanted to do a Fred Astaire style royal wedding where the room rotates. The goal was to tell a story that was both classic and funny.

“I immediately had the idea of painting the whole wall and the room gray, as if that was an old black and white movie. And Mel Brooks was the only real colorful thing in it,” Grecco says.  “And I wanted sort of a sophisticated nod to the fact that this room was going to be tilted and it was going to look like he was upside down, but he kept making these really big expressions. And I’d be like ‘Mel, no, just like a wink. like a little soft wink … a little more subtle, little more sophisticated’” However, Mel Brooks wasn’t into the idea and Grecco eventually just let Mel be Mel. “It’s Mel Brooks. It’s like you just let him do what he’s going to do and hope you got it. I think we got it.”

When he’s shooting celebrities like Mel Brooks, Grecco always has a short window of time with them on set. The pressure is constantly on Grecco to perform and he needs his file transfers speeds to keep up with his workflow. He’s taking high-resolution files, so the storage and transfer solution he uses needs to be extremely fast.

The SanDisk Extreme PRO Portable SSD is Grecco’s go to choice for data storage and transfer solutions because it gives him the speed and reliability he needs. “I use SanDisk media because if I don’t deliver, I’m out of business … I trust my most valuable images with SanDisk media because it’s so reliable,” Grecco says. At the same time, the Extreme Pro Portable SSD drive keeps his camera’s storage clean and keeps his data safe.

Considering Grecco has so little time with his celebrity clients, his SanDisk Extreme PRO Portable SSD allows him to transfer all his valuable high-resolution files quickly and reliably. “[I use] SanDisk media, because I know the file transfer speed is fast.” The drive allows Grecco to keep up with the fast pace workflow that’s required of him on set.

Michael Grecco trusts his most valuable images on SanDisk media because it’s fast, secure, and rugged. “I know I’m not going to lose any data,” Grecco says. With the SanDisk Extreme PRO Portable SSD, Grecco can focus on capturing the stories he and his clients want to tell knowing his data will be there when the shoot is done.