As a professional motion time-lapse cinematographer, Drew Geraci works with HDR video a lot. He uses HDR imagery to tell his stories with the most beautiful images possible.

Geraci is the mastermind cinematographer behind the iconic opening of Netflix’s hit series “House of Cards.” Working on the show was his introduction into HDR, and it changed the direction of his entire career.

Why shoot in HDR?

What is so special about HDR? There are actually a lot of benefits to shooting in HDR beyond just image quality. For instance, if there’s a blown outdoor or window, HDR allows you to go in and adjust the scene’s highlights to fix the blowout. Using the HDR format allows you to fix an otherwise unusable scene. The format also allows you to bring up the shadows in post and even smooth out the midtones. All of this makes HDR video a “huge game changer” for Geraci.

Geraci’s workflow involves a lot more than photography nowadays. It also includes 8K RAW video. Geraci’s own company, District 7 Media, specializes in motion controlled time-lapse photography, as well as aerial cinematography and full-on video shooting. His company has worked with brands and manufacturers from around the world.

Recently for a shoot in New York City, Geraci was able to see the benefits of capturing HDR 8K RAW video first hand. He was able to get access to a rooftop that he thought they wouldn’t be able to use. It was a huge opportunity for him. He remembers looking down off the side of the building at the amazing view. When working on the scene in post, he was able to pull out a lot of the midtones and shadows to really brighten up the image. He was able to do this thanks to the added dynamic range and flexibility that HDR provides.

You need the right system to work with HDR video

Geraci has worked with a lot of systems in the past that just couldn’t handle the size of his HDR video files. The systems he used were always very slow and plagued with stuttered playback. They cost Geraci a lot of time, which ultimately lost him money.

After Geraci upgraded to the Dell Precision workstation with the NVIDIA Quadro RTX 6000, he was shocked at how fast the playback was. “When I first got the card, my jaw hit the floor,” says Geraci. “The graphics card I was using previously couldn’t even handle the workload. I was seeing maybe one or two frames per second. Now I can actually see up to like 50 or 60 frames per second in full 8K RAW.”

Geraci proudly relies on his Dell Precision workstation with NVIDIA Quadro RTX 6000. The pairing has helped him improve efficiency and speed up his workflow. He’s able to do everything more easily and that makes him a much happier editor.

This article was sponsored by Dell and NVIDIA. 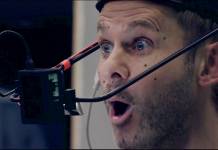 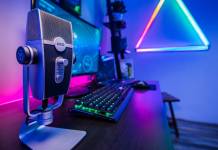 Use these 5 tips to record a better sounding podcast 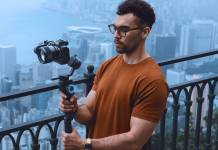 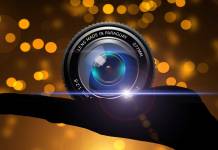 The gift guide: How to give great gifts to video geeks 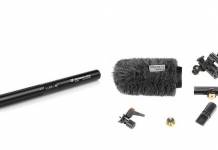 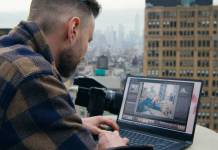 5 Features you need in your next video editing laptop