Phil Holland works as a Director and DP based in Los Angeles, California. He has worked in the industry for over a decade, witnessing firsthand how the industry’s evolved regarding on-site technology and workflow. The Dell Precision Mobile Workstations with NVIDIA Quadro RTX GPUs are the kinds of innovations that have not only helped the industry progress but have also made Holland’s job a lot more efficient.

On-site workstations have progressively gotten smaller over the years since Holland started in the industry. Years ago, editing RAW footage on a mobile workstation was simply not feasible. To do the kind of work that Holland does today on his mobile workstation, he would have needed to pull up a van full of hardware and a supercomputer. Now, Holland can do all his work start to finish right from his Dell Precision 7750 Mobile Workstation.

“The evolution has evolved from having these large workstations, sometimes full vehicles full of computers, being able to pair it down to a mobile workstation,” Holland says. “Has allowed us to be more mobile on set.”

“Because I have powerful hardware with a mobile workstation, I can just jump into working on the 8K RAW footage itself. That’s why I’m looking to the Dell Precision Mobile Workstation as well as the NVIDIA Quadro RTX GPUs,” Holland says. “That combination of the two hardware technologies are allowing me to do things efficiently, quickly, and painlessly out in the field.”

A typical shoot for Holland consists of rolling the camera most of the production day. Once the shoot ends, the footage is ingested and backed up. Before mobile workstations could handle the kind of files they do today, Holland had to create proxies to be able to work with the RAW footage on site. Now with his Dell Precision Mobile Workstation, he can jump right into editing 8K RAW video without time-consuming transcodes or proxy generation.

One of the most beneficial features in modern mobile workstations is the invention and inclusion of Thunderbolt 3. With Thunderbolt 3 and it’s 40Gb/second speeds, transfer of the days’ footage has sped up exponentially. Holland is now able to transfer his 8K RAW video straight into his Dell Precision Mobile Workstation’s NVMe solid state disk array. Essentially, the inclusion of Thunderbolt 3 allows for him and his crew to work much faster, whether on-set or  in a hotel the night after the shoot.

“I don’t need to pull up in a van with a supercomputer situation,” Holland says. “A small workstation, with some fast drives, tap into that Thunderbolt 3, move the data real quick. It’s faster to even set up.”

After working as long as Holland has worked in the industry, he has witnessed how technologies have advanced. Clearly, there were days where on-site mobile work was much harder than it is today.

“Not too long ago, this was difficult to do and hard to explore,” Holland says. As we noted above, Holland had to work with heavy hardware that required huge vans to carry around. That kind of workflow is highly inefficient and would set back projects days or even weeks. However, now with the invention of mobile workstations like the Dell Precision 7750 Mobile Workstation with NVIDIA Quadro RTX GPUs makes workflow a breeze.

“But now it’s becoming convenient and it’s not limiting on any level with my creative vision,” Holland says.

Mobile workstations are now as capable as most desktop workstations. With features like Thunderbolt 3 and the inclusion of NVIDIA Quadro RTX GPUs, the Dell Precision Mobile Workstation is more than capable of handling RAW video editing right on location.

“I’ve been in situations where the client wants to see footage or wants to see a rough cut,” says Holland. “I will sometimes be in a hotel room, sometimes I’ll be in an airport where I just sit down and work for a minute and send off a couple of renders. And that’s how powerful the Dell Precision Mobile Workstation can be.”

With the new advances in technology in the mobile industry, Holland is now able to do the work his clients expect to get done quickly–anytime and from anywhere–without sacrificing efficiency.

“It’s not inefficient, in fact it’s more efficient. And that’s why I enjoy exploring it,” Holland says. “I think if people are looking to explore fieldwork with common color grading and NLE software, exploring something like this workstation is incredibly powerful, but I know it’s something I’ve been building on with my work and it’s something that I definitely recommend people explore, because it definitely can have an impact on efficiency and also just time to complete a project.” 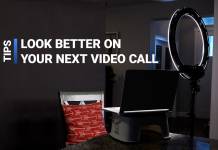 Quick tips to look better on your next video call 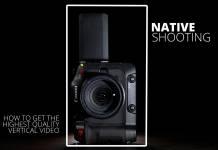 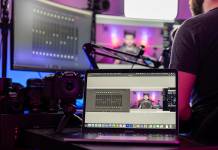 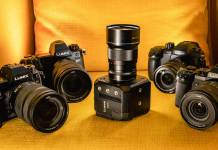 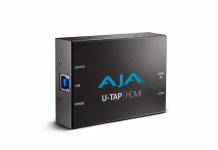