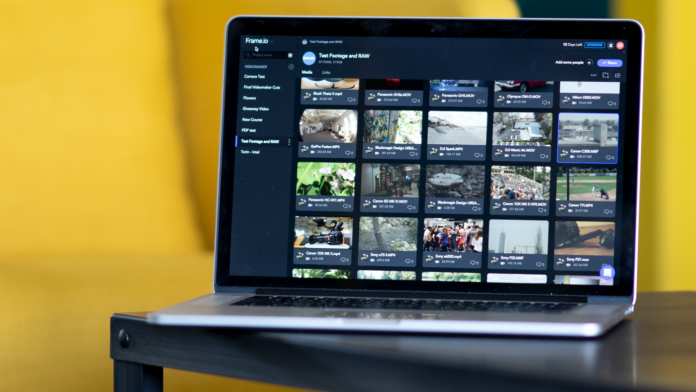 Frame.io is a media review, storage and collaboration platform that will import just about every video format out there. Frame.io transcodes media into various resolutions allowing for quick scrub, playback and commenting. It also maintains the original media which you can download, allowing Frame.io to also function as cloud storage.

Our first review of Frame.io was in March of 2016. We liked the product, and at the time, there were very few competitors in the video review and collaboration space. We did have a few gripes, however: We didn’t like that you couldn’t see comments from each video when looking at versions side by side. We also wanted better integration with other programs like Premiere and Slack — more than just the Final Cut Pro X integrations offered at the time. They heard us, because both Premiere and Slack integration are now available and quite nice to use. Also new this time around is more robust support for formats and codecs, supporting preview for 95 percent of the videos we threw at it. Sadly however, when viewing versions side by side, we still can’t see comments on each version.

Now a few years after our initial encounter, Frame.io is still a valuable tool that has evolved to offer a unique feature set. If you want a deeper description of how the basics work on Frame.io, read our past review. In this review we want to cover what has changed from the review we did in 2016.

We started out by uploading some videos in various formats to Frame.io. We put up one file from each camera we have reviewed over the last 3 years. With a total of 36 different video files, we found that all but RAW files showed up and were able to be played back. ProRes RAW, Cinema DNG and Redcode Raw (R3D) uploaded successfully, but would not allow for preview within Frame io. Even though we couldn’t review the files, they were still available to download and use. 10-bit 4:2:2 video from the Panasonic GH5, GH5s and the EVA1 all played back in the player without any issues, even at the largest data rate of 400 Megabits per second (Mbps). Additionally, HVEC H.265 media from the Samsung NX1 played back properly. Even when reviewing an equirectangular video from the Ricoh Theta V 360 camera, Frame.io played it back. However, the playback is flat, not spherical.

At NAB 2018, Frame.io exhibited a slew of new features that they plan on releasing over the next year. The most recent update includes expanded features for Image Review and Collaboration. The new features support over 100 RAW picture formats and alpha channel information, so transparency can also be previewed. We threw in a bunch of RAW photos from a dozen different cameras and everything worked. Moving on to other file formats, jpeg and png worked great as well. However, we found that PDFs don’t translate well to be previewed — resolution and color were both inaccurate. When we found that our PDF did not preview properly on Frame.io, we converted it to a jpeg and png. Once converted, both file types previewed properly and were higher resolution than the PDF preview. With that said, everything else we threw at Frame.io worked perfectly.

The app is super-handy for getting work done when you’re not sitting down at your computer. It allows for preview of all uploaded media and access to comments just like on the web UI. Better yet, it has fingerprint security unlock, so only you will be able to preview what’s within. The app allows for hover-over preview, but it takes 5 to 10 seconds to generate the playback for preview. 5-10 seconds isn’t long to wait if your clips are a few minutes long or longer; however if they are short, the wait time could be a burden.

In our first review of Frame.io, we criticized its lack of integration with other programs. At that time, Final Cut Pro X was the only integrated option. Forward to today, and Frame.io integrates with Adobe Premiere Pro CC and After Effects CC from within the program. The integration allows for easier access to checklist, timecode, comments and collaborative work through the program. If desired, all source material can be stored in Frame.io for cloud storage. Then, other collaborators on your Premiere or After Effects projects can work in the same project with you, using the same source materials.

Going deeper, Frame.io also offers integration with Slack. Videomaker uses Slack for internal communication, so this integration made it easy to track comments and uploads. Frame.io will notify you when a comment is made, sending you the comment, a screenshot and the timecode. The only thing that doesn’t come through Slack is the visual markup added to a review. Final Cut X integration is consistent with prior releases, but Frame.io now offers a MacOS app, so you can have a watch folder that automatically uploads.

Frame.io’s niche in the marketplace is their focus on users who need flexible format and codec support, centering around the ability to throw in just about any type of video file as well as other associated media types. With a starter plan costing $15 per month — or $156 billed annually — but offering only up to 3 projects, 10GB of storage and 10 collaborators, few projects would be able to function under such a small offering. The plan that would most fit a video producer in need and with the ability to pay for collaborative approval software is the team plan at $50. With unlimited projects,up to 100 GB of storage, and up to 50 collaborators and 5 team members (“team members” are paid seats with higher levels of permission than “collaborators”).

Another option in collabrotive software is Wipster. Wipster’s focus is a bit different. Also built around team review and communication for video, Wipster has a feature called aggregated health score to show at a quick glance if a video campaign is successful, through connecting the analytics from various social and publishing channels. Wipster also has one-click publishing to all social media outlets. Otherwise the review and communication tools are very similar to Frame.io. Starting at a little over $8 dollars per month, Wipster offers 15GB of storage with unlimited team members, reviewers and projects. 50GB and 100GB storage options are available for $50 and $75 per month, respectively.

Next up is MediaSilo, whose focus is integration with other common productivity apps. While the other offerings also provide some integration, MediaSilo offers more. With 11 different program integrations, you can use MediaSilo with Asana, Basecamp, Box, Google Drive, Dropbox, PaperTrail, Amazon S3, Google Sheets, Slack, Twilio and Zapier. MediaSilo’s prices start at $250 a month. Unfortunately, they don’t mention how much storage that will get you, but it gives you the full feature set they offer.

Last, but not least, is Vimeo, whose Pro, Business, and Premium plans offer video collaboration. Vimeo Plus users can add it for an additional $7/month. The most affordable per GB option, Vimeo offers a few unique features in addition to facilitating better communication. Vimeo will also allow you to simultaneously stream live to all social media outlets that support it. More than just allowing you to stream to each platform, you stream to Vimeo and it distributes it to the other outlets. That significantly lowers the bandwidth needed to reach each platform at once. Vimeo also aggregates antaltics from social media’s and Google. Starting at $20 a month for Vimeo Pro, you get 20GB per week and 1TB per year and can support up to 3 users. The live streaming offering is only available in the Vimeo Premium tier for $75 a month. However, for 75 bucks you get up to 7TB of storage and unlimited live streaming.

Frame.io has built a strong, easy to use and flexible communication solution for video professionals. It’s not the most affordable option on the market, but offers much more codec support than its competitors. We wish that it would allow us to see comments when looking at different versions side by side. However, the other updates have made Frame.io a much stronger offering than our last review.

Frame.io offers robust preview and review features that make communication and collaboration much easier for video producers and other creative professionals. 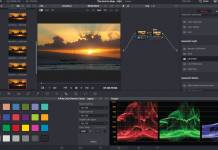 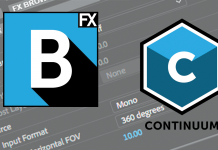 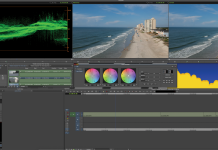