The Dell Precision 3530 is a mobile workstation that can be built to any budget. With its huge price range, the 3530 can cost for as little as $950 or as much as $6,100. With computer processing unit choices from the modest i5 4 core 2.5Ghz to the Intel Xeon 6 core 2.7GHz, there is an option available for most needs.

The laptop we reviewed has the Intel Xeon 2.7Ghz 6 core CPU, the Nvidia Quadro P600 graphics card and 32 gigabytes of DDR4 memory. Add in the M.2 512GB PCIe NVMe Class 50 Solid State Drive and you get snappy response without an unruly price tag. With a cost of $2,960, Dell crammed in enough resources to edit 4K video on the go, even while avoiding high-priced options like a 4K monitor and expensive GPU.

The 3530 isn’t a small computer, but it’s not huge either. It’s 1.23 pounds heavier than the Apple MacBook Pro, but then again, the MacBook Pro is the gold standard for small and powerful systems, and is priced accordingly. The Dell is about twice as thick as the MacBook Pro, and even though the screens are a similar size, the Dell has a wider bezel, making the computer larger overall. The 3530 is still a good size  for travel, however. Unlike some other mobile workstations we’ve reviewed in the past, the 3530 is perfect for coffee shop use or while at the airport.

With that said, the keyboard on the Dell is much better than the one on the Apple; it has a great feel. And, whereas the Apple gives you only a Thunderbolt port, you get three USB type A ports, an SD card reader, an HDMI port, VGA out and a Thunderbolt 3 (T3) port with the Dell.

If you use a laptop often, you know that battery life is a big deal.

We’re glad that PCs are now coming standard with T3. Yes, it offers super fast data transfer, but what’s really exciting for mobile workstation users is that you can have a heavy-duty GPU like the Nvidia 1080 Ti waiting for you at home to do the heavy lifting. With an external GPU via Thunderbolt 3, you get the best of both worlds — power and portability.

If you use a laptop often, you know that battery life is a big deal. Dell offers a couple of different size batteries, including a 4 cell 68 watt-hour option and a 6 cell 92 watt-hour option. The 3530 we tested is definitely up to the task of moderate use all day without needing to be recharged. Additionally, the power supply isn’t overly large; it’s very manageable.

We took a 4K project shot on the Canon C200 in Cinema Raw Light and edited on the new iMac Pro and brought it into the 3530. We were able to play through the timeline with ease. Although we were not able to preview in the native resolution because the monitor is only full HD, it sufficed to get work done. Most editors don’t get to work with ideal systems, and this is just one of those cases. The final render did take about twice as long with the 3530, but the system does come in at a third the cost of the iMac Pro. With this perspective, the value packed into the 3530 is more apparent.

To get some context for the evaluating the system’s performance, we tested the 3530 with PCMark 10. Going up against the Acer Predator 17x, priced similarly at around $3,000 and an overall score of 4004, the Dell had a higher overall score of 4578. The big difference here is the ability of the Acer’s CPU to be overclocked for a score of 6789 — much faster than the Dell, even when using the new Dell Precision Optimizer. Note, however, that depending on the kind of work you do, CPU overclocking may not improve performance as much as other factors. When comparing the Dell to the Zbook G4 17, priced at around $6,000, the gap grows even more. We get an impressive 8772 overall score from the HP, showing that you really do get what you pay for.

Dell Precision Optimizer is a new feature that configures the system for the use with specific software. It works, too, but not as well as we’d hope. The Dell’s overall PCMark score went from 4578 to 4640 when optimized for video production.

We’ve mentioned the value of the 3530 numerous times during this review; Dell was able to slim down its offering to fit a more budget-friendly price. However, as we see in the tests, you do get a bit less when it comes to performance. When we configure an HP ZBook 15 inch with similar resources, the price was a staggering $5,275. When we look at the Apple MacBook Pro 15-inch with touchbar, a similar configuration costs $3,100, compared to the $2,960 price tag of our review unit.

We found that the Dell Precision 3530 is a fine machine with good test scores. The keyboard feels very nice and overall its performance was good. It wasn’t the best — not by a long shot — but with a budget friendly price, the bar wasn’t set too high. If you want to pay less to get less, Dell lets you do that. The 3530 is a great mobile workstation that gets the work done. 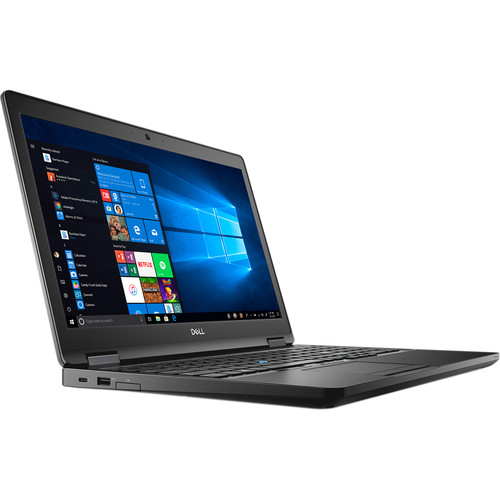 Dell made a budget friendly and highly configurable mobile workstation that is up for the task. The big question is, do you need more, or will it do the job for you?

Chris Monlux hasn’t been a fan of the air quality during the fires this year in Northern California. He is also Videomaker’s Multimedia Editor.