With a simple, single-dial control, the Accusonus ERA bundle can remove noise, reverb, plosives and sibilance from your audio. Sounds too good to be true, doesn’t it? Luckily, it’s possible, and depending on the severity of your problem, it won’t destroy what it’s trying to fix. We always recommend you try to capture the audio right during the recording phase so you don’t have to try to fix it in post. But when that’s not possible, these tools may come in handy.

There are two tiers for the ERA bundle, Standard and Pro. Standard includes De-Esser, Noise Remover, Plosive Remover and Reverb Remover. Pro includes those four plug-ins and also ERA-D. D combines noise and reverb removal and can work in cascade or parallel. Additionally, D also comes with a slew of presets to give you a better starting point for dialing in your audio.

Whenever you’re in need of repair, remind yourself that you should try harder next time to do it right when recording. It will always be better that way, regardless of the quality of the repair tool. When you do find yourself in the unenviable position of having to repair audio, you will be glad you have tools that directly address your issues.

In order to test these plug-ins, we dug up some audio that hadn’t been captured in the most ideal way. Some voices have more problems with plosives and sibilance and not every situation is good for capturing audio. When it comes to audio repair, there is always a give and take. Removing the plosives or sibilance can affect the quality of the voice. The same thing is true for noise and reverb removal. The task is to discover how much the tool will affect the quality of the voice. We can see how good or bad a tool is by observing how much it negatively affects the original audio. 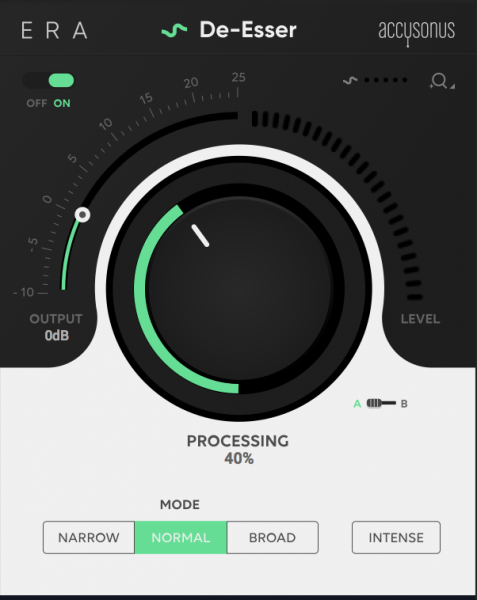 Testing the De-Esser, our test audio was bad enough that we would have done dialogue replacement for the clip in most cases. If we were able to fix it with these tools, we could save the time and money. We were very pleased to find that just the use of a dial could fix our audio enough to use. To tune the right level, we turned it up until it started to negatively affect the quality of the voice and then pulled it back a bit. You don’t want your audio clip to sound unnatural, so leaving a little bit of sibilance in makes the effect less noticeable.  Some voices are not as dependent on the frequencies being manipulated, so the plug-in could be pushed a bit further in some cases. 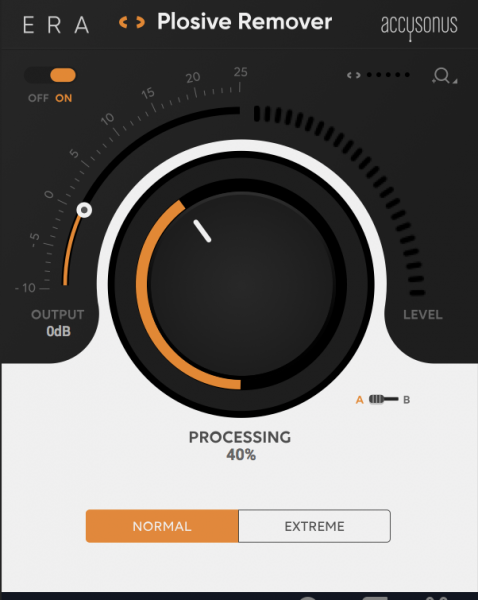 Removing plosives followed the same process, just using a different plug-in. The De-Esser and Plosive Remover plug-ins worked equally well, and we would not hesitate to use them on our regular projects, even just for a little help. The dial is kind of like ordering in a preset and adjusting the amount of the output. However, it would sometimes be nice to have the option for more granular control. 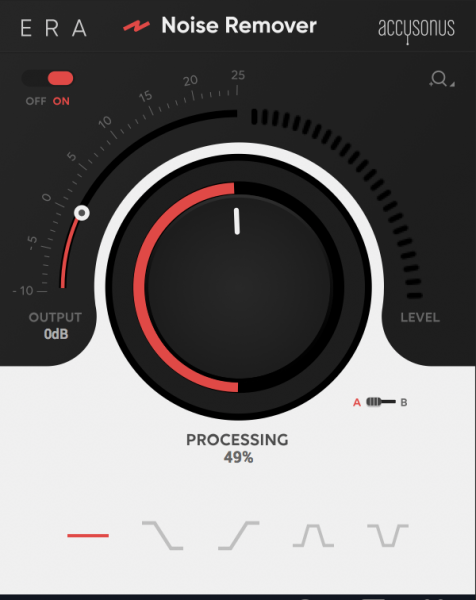 It seems almost all audio recorded on location will have a bit of noise to control in the signal. Because of this, having a good noise remover is key to a professional outcome. Again, more control in the depths of what the one knob adjusts would be nice, but overall the Noise Remover plug-in is a go-to tool for most voice over and location audio. Just keep it subtle; a little goes a long way. 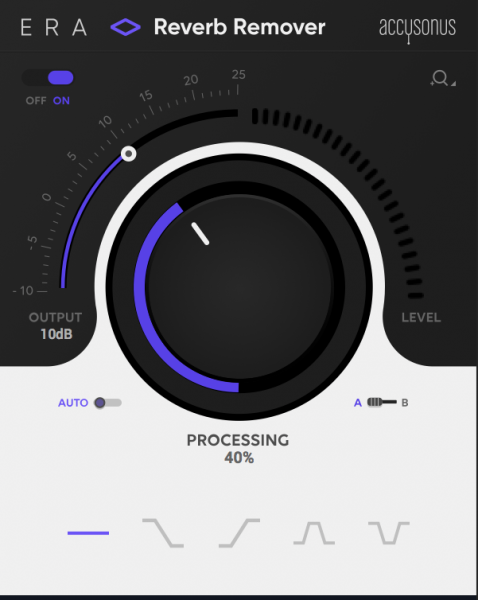 The Reverb Remover is a great tool to have if the echo of the room is distracting from your capture. This can be because the mic was placed too far from the sound source or because the room was live with hard surfaces. Reverb Remover affected the voice quality the most, so use it sparingly.

This plug-in works well when trying to match other recordings, too. Being able to pull a bit of the room out of a signal can be the difference between your viewer noticing a shift in the audio and staying immersed in the story.

ERA-D is a different style of plug-in than the other four. Instead of just one dial, there are two: one for Reverb Remover and the other for Noise Remover. The big deal about D is how each process is applied. You can choose to apply the effects at the same time, one at a time or one after the other. When used in concert, you get the benefit of one helping the other’s cause. Because of this, you are able to keep the processing lower than when done individually.

The Accusonus ERA Bundle is a great set of tools for the most common repair needs. It most directly compares to iZotope’s RX repair tools, though RX has much more depth of control and many more tools. RX 6 standard costs $400, but it comes with loads more plug-ins. Plus, RX offers more specific tools focusing on things like breath control or mouth de-click, for example. It’s worth noting, however, that Accusonus is expanding the ERA Bundle later this year to include a voice leveler and a De-Clipper. Both RX and the ERA Bundle have free trials, so it’s best to just try it and see which tool is best for you.

If you find yourself in need of a repair tool, the ERA Bundle’s value can not be underestimated. However, you can avoid the need for a repair tool in the first place by trying to capture better audio from the get-go. We know mistakes happen, though, and it’s nice to have the tools to deal with them. The Accusonus ERA Bundle is an affordable way to add some useful tools to your toolset.

The Accusonus ERA Bundle is a set of four or five plug-ins made for audio repair. They come at a reasonable price and are easy to use.

All video and filmmaking

ERA Bundle is fully supported in the following DAWs: 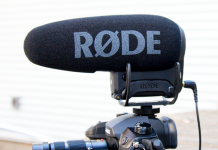