I'd echo dellwovideo's comments, and add a couple more. First, an old joke in film school is, "I've got a script, let's shoot a movie!" It's not that simple. A script needs to be broken down into sets, props, actor calls, and so on. And the shoot needs to be budgeted, along with the post, and production.

If you are serious about doing a film, look into film classes first. Here in Southern California, we have a half-dozen outstanding film schools, and one of them is at a local community college. Now, obviously, that's probably not going to be the case everywhere, but check out your local college, and see if they have a film program–not a 'film appreciation' program, but a program to teach people how to make films. You'd be surprised how good some of these local programs can be.

Second, if you are serious about making a film, make a short film first–something ten minutes or so in length. It will give you an idea of the amount of work involved. And don't plan on doing everything yourself. As dellwovideo said, find a good shooter to act as your Director of Cinematography. Cinema shots make up a language of their own, and the language has to be learned.

And that goes double for editing; a good editor can make an average film look great, and a bad one can make a great film look crappy. I saw a documentary last night that was well-written and had great source footage. Unfortunately, bad editing made it long, tedious, and boring. Editing cuts are as much a language and cinema shots, and it's another language that must be learned.

All of this is not to say you shouldn't pursue your dream. Go for it, but do so with your eyes open. The story that dellwovideo tells a pretty common story about investing tens of thousands of dollars in a movie project that fails. It can, and does, happen to the best of us pretty regularly.

Robert Rodriguez wrote a great little book called 'Rebel Without a Crew', and I's recommend it. Rodriguez is one of those rare characters who can do it all–write, direct, shoot, and cut. But before you decide to go out and make a movie, watch one on TV, and ask yourself: Can I really shoot like that? Can I really edit like that? Rodriguez may not need a crew, but I know that I do. 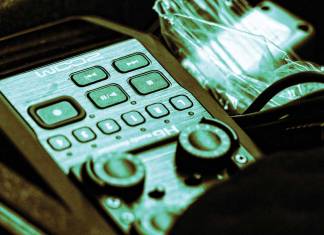