I think the previous posts

I think the previous posts do not completely address the HD vs SD tape issue. Digital recorders/players are not like their old analog (i.e.VHS) counterparts. Quality does not degrade gracefully, instead it is either good enough or it is not.

The big deal with HD vs SD tape is dropouts or tiny gaps in the recordable layer of the tape where nothing is recorded. An HDV signal recorded on the cheapest SD tape will be indistiguishable for one recorded on the best HD tape as long as the SD tape has no gaps causing drop outs. That is a very important caveat because when you buy HDV tape you are buying fewer dropouts.

Dropouts are particularly bad in the HDV world because the compression used is extremely fragile. That is, a tiny dropout that would go unnoticed in analog, may cause a few lines of pixelization in SD (MPEG 2) will cause one or more seconds of lost video in HDV. But, as long as you don’t get a droupout, SD tape will look exactly as good as HD tape.

So, your decision as to which tape to buy shouldn’t be based on picture quality, but on the importance of the content. If missing a few seconds now and then is ok, don’t waste your money on expensive tapes. But, as in my case, I sell the video so I use the HDV tapes and two or three cameras. I can’t let $100 or so in tape savings ruin a multi thousand dollar shoot.

As a benchmark, my experience is that with Sony tapes and Sony cameras I get maybe 5 very noticeable dropouts in 50 hours of recording HDV on SD tapes, maybe 1 dropout in 50 hours of HDV tape and no dropouts so far after over 100 hours on Digital Master tape. When I shot SD on SD tape, I don’t recall dropouts being a problem.

OK, for the purists, there is the difference in signal to noise ratio between different types of tapes. But I did not mention this as it is no longer an issue with modern cameras and tapes.

That’s my two cents worth, 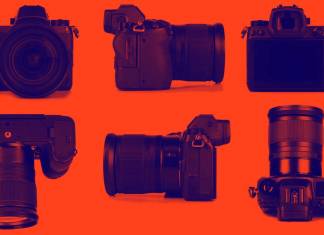