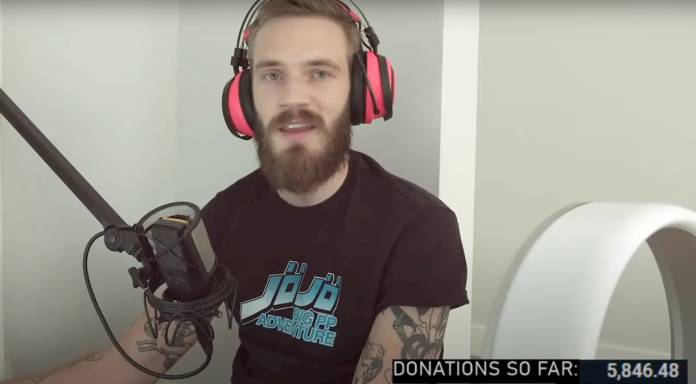 The Black Lives Matter (BLM) movement has made resounding waves across the globe. Unlike the civil rights movements of the past, this movement spread like wildfire.

That’s what happens in a generation inundated with social media. Videos go up on Instagram, Twitter or YouTube and attract millions of views in just a day or two.

Many social media influencers are using their platforms to bring awareness to the movement and how people can make a difference, from signing petitions to making donations. YouTubers, in particular, are raising money for BLM in several ways.

PewDiePie, who holds the title for second-highest subscriber count on YouTube at 105 million, held a live stream on his channel where he encouraged his viewers to donate to the Black Lives Matter movement via Superchat Donations. The results were astonishing.

In addition to his own $10,000 donation, his viewers raised a whopping $106,000. These funds “will be split equally between 3 different causes that relates [sic] to the issue” according to PewDiePie. The donations will go to “George Floyd and other victims of police violence… The Sentencing Project…and small businesses affected by looting and riot damage.”

The Sentencing Project is a non-profit organization that fights for a fair criminal justice system.

Smosh, who boasts over 25 million subscribers, has raised over $28,000 for The NAACP Legal Defense Fund, a civil rights organization that also fights against racial injustice.

In his most recent videos, Smosh displays an introductory message to his viewers “We stand for inclusion, equality, and justice for all. And we stand with the Black Lives Matter movement.”

Some channels are donating AdSense revenue

Another way in which YouTubers are collecting donations is through Google AdSense. YouTubers receive anywhere from $0.20 to $15 per click, depending on a few different variables. Videos such as these provide a great alternative for those who can’t afford to donate to Black Lives Matter organizations.