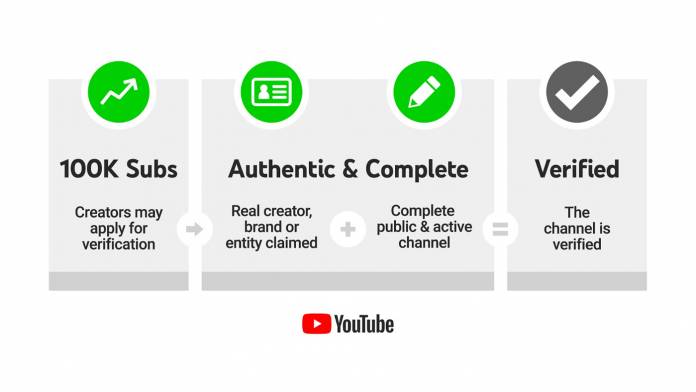 There was massive, instant backlash against the announcement. Many creators, some even with over a million subscribers, were being notified they were going to lose their verification badge. The original plan was to verify established brands and YouTube’s most popular personalities. It would make it nearly impossible for an average YouTuber to earn a verification badge.

After all the pushback last week, YouTube announced it will not be making these drastic changes. As of now, all YouTubers who are currently verified will not lose their verification status. Also, YouTubers who aren’t yet verified can still apply for it after they pass 100,000 subscribers. That is the same system as it is now. So that won’t change.

The only change YouTube will make to their verification system is that YouTube will now verify that the channels that apply are authentic. This seems like a pretty obvious step and is a little surprising it isn’t already implemented. But, nevertheless, this is a good step to take.

YouTube will also still go ahead with changing the existing checkmark to a grey badge over the channel’s name.

If YouTube had gone through with the original plan, they would have ended up hurting their creator community. While the verification is a status symbol, it is also an important tool creators use to appear authoritative in searches and in video comment sections. Ultimately, their ability to build their authority on the platform would be crippled.

YouTube CEO Susan Wojcicki apologized once she saw the community’s reaction to the changes. “I’m sorry for the frustration & hurt that we caused with our new approach to verification,” she wrote on Twitter. “While trying to make improvements, we missed the mark.”

We just wonder how they expected the community to react to news that they’d lose their verification badges. Seems like it’d be obvious it wouldn’t go too well. Regardless, YouTube is canceling the majority of the planned changes. The new implementations are being pushed back until next year, instead of October, because of the sudden change in plans. We’ll remember this as a huge misstep for YouTube and a massive win for the creator community.