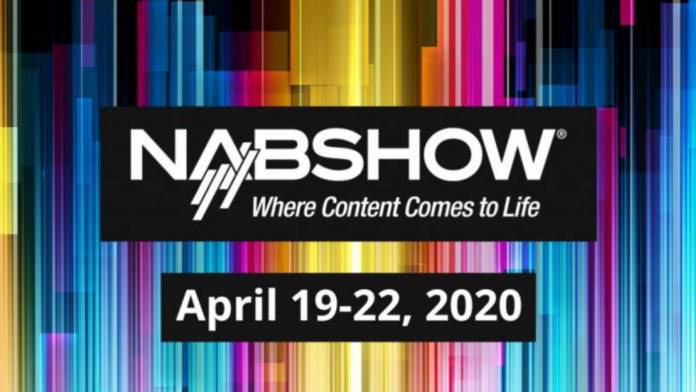 Every year, all of us here at Videomaker look forward to April’s NABShow. The week of NAB is always full of excitement as new video production products are announced, and we love being able to bring that excitement and the surprises from the show floor to you. Unfortunately, NAB 2020 has been canceled due to the pandemic. While it is a huge let down that the show won’t be happening this year, it is for the best to keep everyone healthy and safe.

However, while the show in Vegas won’t be happening, Videomaker will still be covering all the new product announcements this week as a way to celebrate NAB 2020. Look for our coverage of NAB Week 2020 at videomaker.com/news.

Despite the pandemic, many companies will still be announcing new and exciting video production gear this week. While we won’t be able to see them in person, we will still be covering these announcements. It’s a tradition at Videomaker to celebrate NAB by bringing all the important announcements to you. This year will be no different in terms of our announcement coverage. Even with the pandemic, we can all still celebrate NAB 2020 and stay safe doing so.

The Best of NAB Week Awards

Like in years past, along with our news coverage, we will also recognize exciting and interesting video production products announced in the weeks leading up to NAB Week. Our awards have always been based on limited show-floor encounters and specs promised on paper. Therefore, we believe this year’s Best of NAB Week Awards will still be useful in highlighting especially exciting gear announced recently. Keep an eye on our news feed to get to know all of our favorites.

It’s unfortunate that April’s NAB 2020 isn’t happening; NAB organizers are still planning a digital show next month that will run from May 13 – 14, 2020. Additionally, the New York NAB Media in Action show is still on track as of right now. It’s scheduled for October 21st to 22nd. According to NAB, both of these shows will have “enhancements” to make up for the April show. We don’t know what those enhancements entail, but we’re excited to see what the organizers have planned.

So, while the NAB 2020 in-person show isn’t happening, we can still get excited about all the new video gear on the horizon. We look forward to bringing these exciting announcements to you these week. Stay tuned to videomaker.com/news for the latest.