The ATEM Mini Extreme is a much larger version of the original Mini. While still portable, the Extreme model includes more buttons and features. Users can connect up to eight sources. That is double what the ATEM Mini offered in sources. Additionally, it features six independent DVEs, two media players, two downstream keyers, sixteen-way multiview, two USB connections, and multiple HDMI aux outputs.

Eight video inputs are supported on the ATEM Mini Extreme

By offering eight inputs, the ATEM Mini Extreme brings more flexibility and efficiency than the original Mini. With the Mini Extreme, users will have the ability to connect up to eight different cameras or computers. So, if you want to use a four-camera setup and connect to four virtual computer sets, you can.

With two independent DVEs already in the Extreme model, there is a SuperSource multi-layer processor with four extra DVE layers. Also, there is a background layer. They all appear to the Extreme as an additional input source. You can use any video input for each SuperSource DVE and layer it all together over a custom media background.

“SuperSource is perfect for doing multiple picture-in-picture displays with people being interviewed because customers can set up the effect before putting it to air, still keeping both main DVEs free for other tasks. SuperSource is just like having an extra multi-layer VFX switcher built-in,” Blackmagic says.

The Extreme features four upstream chroma keyers, allowing you to utilize a keyer per camera. So, you can build unique sets for up to four different cameras.

Blackmagic also announced the ATEM Mini Extreme ISO. This model saves a DaVinci Resolve project file. So, it is easier to open your live productions as a video edit. All of the stream’s cuts, dissolves, and media pool graphics are there when opening the saved file. You also can fine-tune edit points or replace shots if need be. 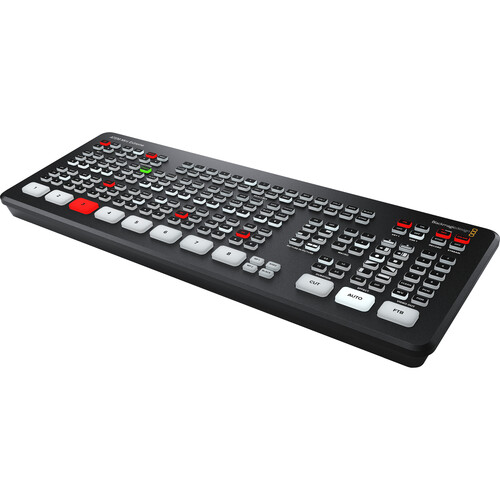 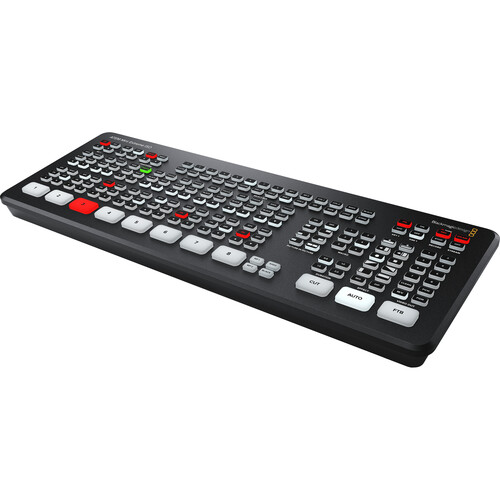