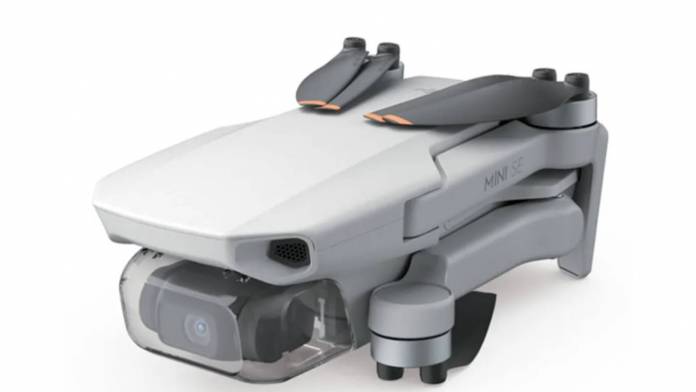 In a move that could make DJI’s catalog more accessible to novice drone users, a leak suggests DJI’s gearing up to announce the Mini SE — a seemingly miniature drone from the company for just $299.

The leak comes from Twitter user Güçlü Atamer, who happened to see the DJI Mini SE in stock at a local Walmart. Additionally, The Verge was able to find the drone on Walmart’s website. DJI hasn’t confirmed the existence of the drone yet, but these leaks seem pretty indisputable.

What we currently know about the DJI Mini SE

Official specs for the Mini SE aren’t yet available, but we do have some information thanks to these recent leaks. Besides its low price (making it the lowest costing DJI drone), it’s also incredibly light. Weighing just 0.54 lbs, the Mini SE is one of DJI’s most lightweight drones. So light, in fact, that you won’t have to register the drone with the Federal Aviation Administration. This should make the drone more accessible and appealing to people looking for a consumer drone. They won’t have to go through the process of registering — they can fly it right out of the package.

As for the Mini SE’s video specs, it doesn’t offer anything too remarkable. The drone shoots 12-megapixel aerial photos and 2.7K videos. It does feature 3-axis motorized gimbal stabilization and numerous shooting modes. Though, it supports up to 2.5-mile HD, low-latency video transmission — meaning you won’t be able to fly the drone too far.

However, the Mini SE does deliver an impressive battery life of 30 minutes. Though the drone looks like it’s aiming for a consumer market, its flight time is on a prosumer level. It appears to be one of the drone’s strengths, especially when stacked up against more expensive models and competitors.

Both Güçlü Atamer and The Verge report that the Mini SE has a $299 price tag — at least at Walmart. Since the store is apparently already stocking the drone, we can expect DJI to reveal the Mini SE soon. If the price is correct, it’ll be the most affordable and accessible DJI has to offer. We’ll let you know when they officially announce it.