Teradek, known for developing wireless monitoring solutions, just announced the Bolt 4K LT Max — and it’s quite an impressive release from the company.

The LT Max can send 10-bit 4:2:2 video at up to 4Kp30 via HDMI and 1080p60 via SDI. With these offerings, the LT Max should deliver exceptionally sharp images. Also, its inclusion of HDR should make images rich in color and detail. It allows users to monitor footage in HDR with little to no delay.

Teradek claims the Bolt 4K LT Max can wirelessly control cameras from 750 to 5,000+ feet of range which, if true, is a pretty substantial feat. Admittedly, most productions won’t need wireless operation at this level. However, higher-end productions (those with major stunts) will find this feature extremely helpful. For instance, if there’s going to be a controlled explosion on set, the crew can monitor the shot from a safe distance.

The Bolt 4K LT Max is out now for a hefty price of $10,990. At that price, it will likely be overkill for smaller productions. However, for larger productions with the budget and the need for wireless control, it has the specs on paper to be an important addition to the set. 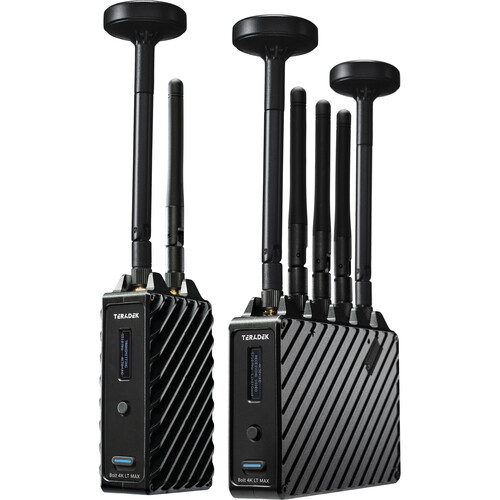