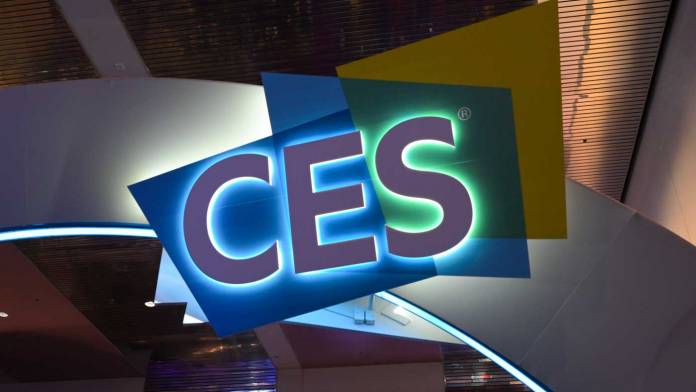 Once again, the annual CES was held in Las Vegas and the newest technology was on display for the media and industry insiders. The Las Vegas Convention Center plus two offsite locations were jammed with 188,00 attendees viewing everything from robots to flying cars. We roamed the giants halls totaling over 2.9 million square feet, looking for the emerging trends in video production. It is very easy to get distracted among the more than 4,500 vendors showing retro video games or the newest smartphones. (What do you mean the phone unfolds to become a tablet?) In fact, it seems like some of the major companies hold off introducing video products until April’s National Association of Broadcasters (NAB) Convention, held in this same location.

That does not mean that there was nothing to be seen. CES is really about companies teasing what they are working on. In some cases, they have a small display stuck in a corner, just daring you to ask about it. In some cases, even company reps had no idea.
For example, Tiffen had a booth featuring their new line of drone camera lens filters and that was getting some attention. But stuck in a back corner they had their Lowel lights on display. Tiffen acquired Lowel a few years back but it seems they are now ready to upgrade the brand. They were showing a new LED version of their classic Tota-light that is the same size and function as their old tungsten. They also were displaying an LED head that fits their Rifa light. This was a CES demo only and no specs were available. It’s also not clear when they will roll out.

As you entered the center’s biggest Central Hall, you were stopped, and somewhat stunned, by a wave of televisions. LG wanted to capture your attention right away with a group of monitors that curved and wrapped over your head — and perhaps blocked your vision of anything else in the hall. The video was mostly nature scenes, and many people who entered that way just stopped for a moment to gaze, creating a huge bottleneck. If you passed under the wave, you would be inside LG’s booth, which featured a wide range of products, but notably their 8K televisions.

Television has long been the staple of CES. In the past, this is where you caught the first glimpses of HD and 4K displays. This year practically every manufacturer was showing their 8K models. Sony even jumped in with their OLED display and, stuck in a back corner, a note about how Sony products could go 8K end to end with their broadcast cameras.

Several companies had side by side comparisons of 4K and 8K displays. You could definitely see the increased detail and color resolution. Don’t run out just yet to pick one up at to your nearest big box electronic store. Most of these 8K televisions are “coming soon” products, and very few of them had retail pricing available. Samsung was an exception with an 8K display starting at $5,000 MSRP.

There was no shortage of cameras in use in CES products. Unfortunately, most of these were cameras embedded in products like self-driving cars and robots that touted AI, Artificial Intelligence, technology. AI was all the buzz at CES 2019. One example was at the Hyundai booth. They, like many car companies, were demonstrating a self-driving car. The Hyundai car featured a dash camera that focuses on the driver and, using AI, can sense if you’re tired or stressed and will adjust the music and lighting accordingly.

One way that AI might find it’s way into video production was found at the Nikon booth. Along the back wall, they had a display of concepts that were in development. One new feature is an AI system of autofocus. This may not sound innovative, because even cellphones can identify faces and adjust the shot. Nikon’s feature was called “Eye-AF”. The camera doesn’t merely find faces, it finds the eyes of the subject and adjusts the focus.

The camera doesn’t merely find faces, it finds the eyes of the subject and adjusts the focus.

Speaking of Nikon, they announced their Z6 and Z7 lines late last year, These are both full frame mirrorless cameras that shoot in 4K. At CES they unveiled their “Filmmaker’s” Kit. It includes a Z6 with an Atomos Ninja V monitor/recorder (that will record in RAW), a Moza 2 Gimbal and RODE VideoMic Pro. The package was listed at $3,999 MSRP.

At first glance, you might think that the 360 video movement is cooling off. There certainly weren’t as many displays featuring 360 cameras and headsets as in the past couple of years. Nikon didn’t even have their KeyMission 360 camera on display. One industry insider told us that some companies have abandoned their 360 projects, but the better quality, more user-friendly cameras have risen to the top.

Insta360 solidified their position as one of those top brands in terms of image quality with the introduction of their Titan 11K camera. The basketball-sized orb is similar in form to their Pro 2 camera but features eight micro four-thirds sensors with a 200-degree fisheye lens. The unit can record and internally stitch in either 2D or 3D. They also were displaying their OneX 360 action camera. This handheld camera with lenses on each side can be used with one of the more unique accessories that we saw, the Insta360 Drifter. The camera fits into a nerf-like case and is designed to be thrown! The results are some unique angles and slow-mos. There were video displays featuring skateboarders in mid-jump as the camera flies beside or over them.

Humaneyes also had a small 360 action cam on display, the Vuze XR. The more advanced Vuze+ has emerged as a very capable and good quality 360 solution. The XR builds on this foundation with a more portable solution. It features twin Sony 12 MP IMX-378 sensors with 210-degree fisheye lenses on either side of the slender body. With the touch of a button, the cameras flip to side-by-side and the unit becomes a 3D 180 camera.

The past decade, CES has been the showcase for cell phone accessories. This year some companies are banking on your phone becoming your key piece of production gear. There were lots of attachments that can take you to the next level with that camera you take with you everywhere.

Shure’s MV88 is designed to connect a high-quality mic to your iPhone directly using the lightning plug. The tiny condenser mic has been out for a couple of years, but at CES 2019 they introduced the MV88+ Video kit. The new design still connects a mic to your iPhone’s lightning plug, but the mic is a small shotgun. It comes with a clip that connects it to your phone and a mini tripod. Good news for Android users, it also comes with a USB-C cable.
Samson had a great phone connection on display but they went with a different form. They showed off the Go Mic Mobile that connects a wireless microphone receiver to the back of your phone. This functional device has two channels of input and uses Samson’s wireless handheld or belts pack transmitters. Not only can it connect to your iPhone or Android device, but it also has a standard headphone jack, so it could connect with any stereo input like on your camera or laptop.

DJI has also stepped up their mobile production gear with something that does not fly. At their booth, you were first greeted with a table demonstrating their new Osmo Pocket. The original Osmo was a gimbal mount for a cell phone, but this new design makes it an attachment. The Osmo Pocket resembles a voice recorder with a camera on top. That camera is actually a 3 axis gimbal-mounted sensor that shoots in 4K/60fps. It is a standalone device but becomes much more functional when connected directly to a phone. It features a small plug on the front of the device that DJI calls the “Universal Plug”. It has a variety of uses including a lightning plug to connect to an iPhone. They aren’t showing USB-C connection, but that can’t be far behind.

Another phone attachment that fits into the quirky category is the AEE Selfy. This is a super small drone that fits into a chunky cellphone case. No, it does not enable the phone to fly — although that can’t be far away. The quadcopter pops out of the case and the four rotors snap up. With a connection to your phone via WiFi, the drone is ready to take off. The unit weighs just 68 grams and shoots 720p at 20fps with about 9 minutes of flight time. It may not have the pro specs but it certainly is going to be the most “take anywhere” drone. Like other drones we saw, they are touting this drone as the new selfie cam. Because a selfie stick is so low tech. 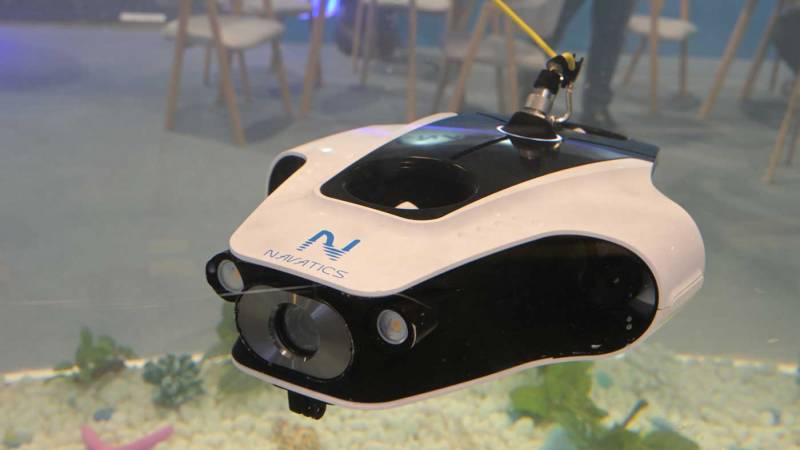 In the drone category, there were more underwater drones on display this year. That may not be unique — it may be a sign of things to come. A company called RoboSea was displaying a shark drone that had a camera lens extending from its open mouth. Another company, Navatics, was displaying an underwater camera that shoots in 4K. Most of these were remotely operated and programmable. These underwater drones are becoming more affordable, with better user interfaces and higher quality cameras. This could mean underwater may be the next big video frontier.

CES 2019 is in the history books. While some of the biggest headlines involved gadgets that may, or may not, find their way into your home, we tried to look behind the flashing lights and screens. We can see that the future of video production continues to get smaller and less expensive while still promising better image quality. It also may include some tools that you never considered before.