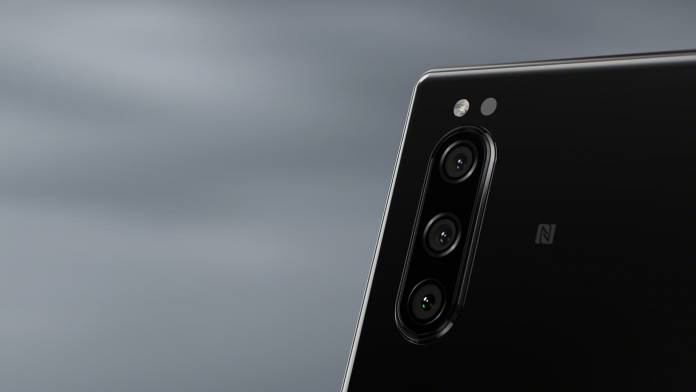 Sony has announced the Xperia 5. There’s a lot of features that make this phone a video-centric phone, such as Alpha line’s Eye AF tech.

The Xperia 5 features an advanced triple camera system with 12 MP sensors on each module. It also has Sony’s BIONZ X image processor for mobile and Optical SteadyShot image stabilization. This phone sports a 16mm lens, best used for super-wide-angle shots. Additionally, it has a 26mm lens and a 52mm portrait and tele lens.

The main 26mm camera has an F1.6 lens and Dual Photo Diode image sensor with a 1.4μm pixel pitch. That should allow users to shoot sharp low-light images. As for video shooting, the phone can record video in multiple high-resolution formats including full native 4K resolution.

Taking from Sony’s Alpha line, the Xperia 5 uses Alpha Eye AF technology. It’s one of the phone’s more intriguing features. Unlike the Xperia 1, this model moves the triple rear camera lenses to the top left corner, just like previous Sony phones. Additionally, the phone features continuous burst shooting at up to 10 fps with AF/AE tracking happening at up to 30 fps.

Xperia 5 also has 10-bit tonal gradation. Sony says it is capable of reproducing “a myriad of colors and delivering deeper blacks, while colors appear more natural.”

Additionally, individual clips can also be trimmed and merged together.

For all the gaming creators out there, the Xperia 5 can record gameplay with burst screen capture at 20fps and synthesize voices with Game enhancer’s voice changer feature.

Sony’s Xperia 5 will be out in November 2019 for the price of $799. If you want to learn more, you can go to sonymobile.com to learn more.