Sony has announced a new smartphone, the Xperia PRO-I, which the company is advertising as “THE Camera”. Their launch video boldly claims the device will meet the needs of photographers, videographers and cinematographers.

The Xperia PRO-I is the first smartphone to feature a 1-inch sensor. This is the same sensor as featured in Sony’s RX100 VII compact camera. In addition, the 1.0 type Exmor RS sensor has a large 2.4 µm pixel pitch which should mean great low light performance.

All three of the PRO-I’s lenses have a ZEISS T* anti-reflective coating. The main 24 mm lens has a dual f2.0/f4.0 aperture allowing you to experiment with depth of field. There are also 16 mm and 50 mm lenses, which give more options for shot composition.

The camera’s phase detection autofocus uses technology from Sony’s Alpha range of cameras. The system uses 315 autofocus detection points covering 90 percent of the frame. This delivers Eye AF technology and objects tracking for video users to help keep your subject in focus — even when moving. The Xperia PRO-I also has Optical SteadyShot to help stabilize your handheld footage.

The Xperia PRO-I has stereo microphones and an additional mono mic next to the main camera. This should allow you to capture speech more clearly. Sony has also included audio separation technology to help reduce wind noise.

The smartphone has a Cinematography Pro feature which Sony claim uses technology from their CineAlta range of VENICE movie cameras. The feature offers eight cinematic looks, 21:9 recording, 4K HDR and the option to shoot at up to 120 fps for slow motion playback.

The Videography Pro feature aims to help videographers and vloggers. This gives you controls to adjust focus, exposure and white balance even while shooting video. Sony is also releasing a Vlog Monitor accessory for the PRO-I. This includes a 3.5-inch monitor which attaches to the smartphone with a magnetic holder so you can watch yourself as you film. In addition, the Vlog Monitor has a 3.5 mm microphone jack which allows you to use an external microphone to record audio. 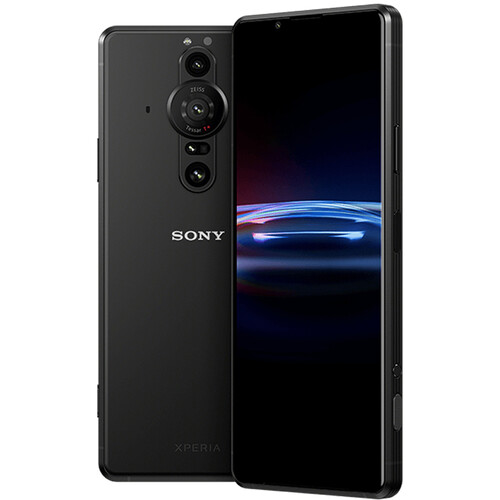