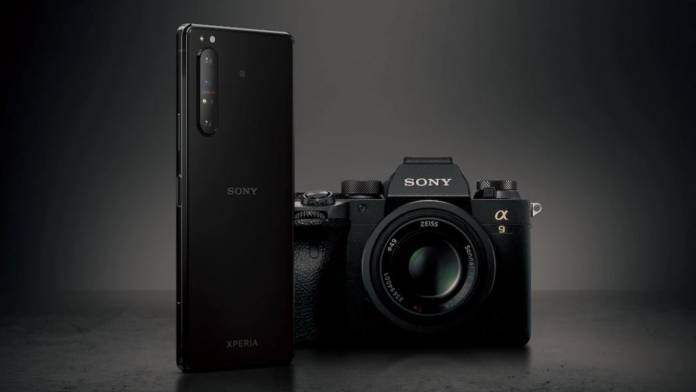 Sony has just announced a new flagship smartphone, the Xperia 1 II. The new media-focused phone comes with a 21:9 CinemaWide 6.5-inch 4K OLED HDR display, a triple camera array that integrates tech from both Sony Alpha and Zeiss optics and front-facing stereo speakers paired with 360 Reality Audio hardware decoding. Behind all of this is the Qualcomm Snapdragon 865.

At the same time, Sony also announced the development of the Xperia Pro, which targets professional video producers.

Let’s take a look inside the Xperia 1 II

Inside, the smartphone sports Qualcomm’s Snapdragon 865 mobile platform with 8GB RAM, 256GB storage and space for dual-nano SIMs. What about video storage? The phone’s microSD-card slot accepts up to 1TB of extra storage. It has a 4,000mAh battery and comes with IP65/68 water resistance.

In addition to the upgraded hardware, Sony also packs in features that you would find in Sony mirrorless cameras. These include 20 frames-per-second autofocus tracking burst and Real-time Eye AF with both human and animal eye tracking.

In addition to the Xperia 1 II’s impressive media capture technology, the phone also claims to deliver an immersive entertainment experience in terms of both audio and gaming.

How is the Xperia 1 II’s display?

For the display, Sony made the phone with a 21:9 CinemaWide 6.5-inch 4K HDR OLED screen. The company claims the screen offers “unprecedented color accuracy.” Also, there’s a creator mode that’s powered by Sony’s pro-camera division, CineAlta. We don’t know the refresh rate of the screen yet, but Sony says its motion blur reduction is “equivalent to that of a 90Hz display.”

What about the Xperia Pro?

Also announced is the development of the Xperia Pro. This upgraded smartphone takes a lot of inspiration and literal hardware from the Xperia 1 II’s imaging and display capabilities but adds 5G mmWave compatibility and HDMI connectivity.

In addition, the phone’s HDMI input means it can serve as a monitor with virtually any camera with an HDMI output.

Pricing and availability for the Sony Xperia 1 II and Xperia Pro has not yet been officially announced.