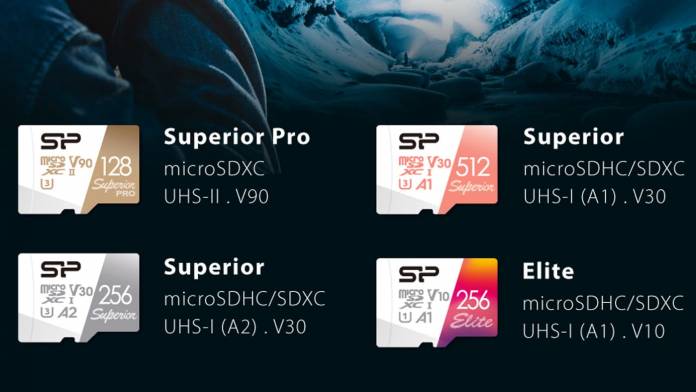 Silicon Power is releasing a new set of microSD cards. There are four new microSD cards that can work for the average smartphone or video professional.

Additionally, it writes raw files in half the time of UHS-I and “dramatically” increases post-production transfers.

Silicon Power’s MicroSDHC/SDXC UHS-I card is made for app enhancement and has a minimum random read of 4,000 IOPS. Also, it has a random write of 2,000 IOPS.

With UHS Speed Class 1 and UHS Video Speed Class 30, the Superior microSDHC/SDXC UHS-I card should allow you to capture 4K Ultra HD videos uninterrupted. It has read and write speeds up to 100 and 80 MB/s.

As for the Elite V10 A1 microSD, it has a Class 10 performance rating for “uninterrupted” recording of Full-HD 1080p video. Also, it has a Video Speed Class 10 rating, which allows a recording minimum of 10MB of video per second.

So far, prices for the cards haven’t been disclosed.