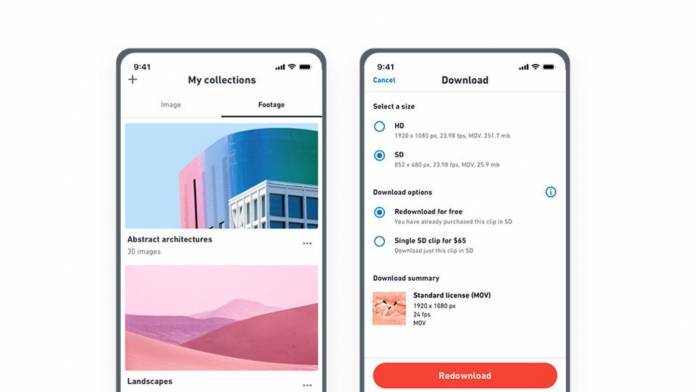 Shutterstock announced today the company will now offer its footage for license on iOS and Android applications for mobile users.

Mobile users will now have access to Shutterstock’s 17 million videos, and they can get licenses for SD, HD, and 4K.

According to the company, “consumers [are spending] more and more time on their devices.” They are adjusting their strategy to accommodate those creators who are constantly working through their phones.

“As a result, we’ve seen many customers transition to mobile-only campaign creation and execution,” said Jamie Elden, Chief Revenue Officer at Shutterstock. “This update enables a new generation of producers and content creators to access footage in seconds to quickly and easily create on-the-go — perhaps while on location.”

So, those who work on their phones will have access to Shutterstock’s library and can create more content on mobile.

Shutterstock says the app includes the computer-vision powered discovery tool, Visually Similar Video. The tool looks for similar clips to a selected clip. The technology uses pixel data within images, not the metadata, to identify and display content.

You can check out all the footage Shutterstock is offering for iOS here and for Andriod here.