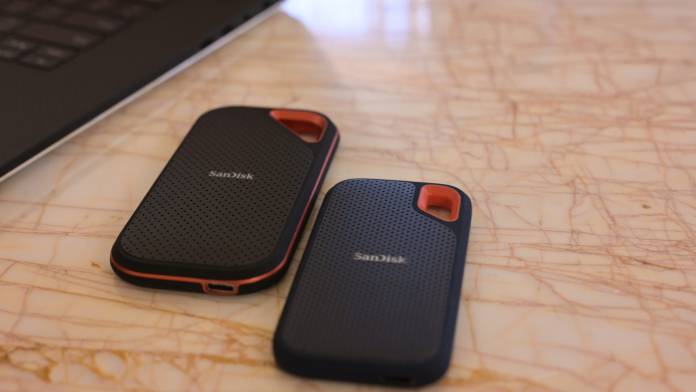 At CES 2019, SanDisk has bested all of the show’s SSD competition and is taking home Videomaker’s Best SSD award.

The SanDisk Extreme PRO Portable SSD offers 1GB/s transfer speeds and has IP55-rated durability. We are awarding the 500GB version of the device, but it will also be offered in 1TB and 2TB capacities when it is released this spring.

“Blazing-fast” performance according to SanDisk

With speeds up to 1 GB/s and the ability to fully saturate the USB 3.1 Gen 2 interface, you should be able to edit high-quality footage directly from the drive. SanDisk claims the drive allows for full-frame editing while keeping PC internal storage clear.

The Extreme PRO SSD has a rugged design with a forged aluminum body to protect the SSD core and dissipate heat. Also, it’s wrapped with a silicon rubber coating that should make it fairly impact resistant, so if you drop it, you won’t have to worry about losing your precious footage.

Also, as said before, the SSD has an IP55 rating for water and dust resistance.

Prices haven’t been released yet. However, we do know the Extreme PRO SSD will be available in 500GB, 1 TB and 2 TB capacities. They will be released this spring.