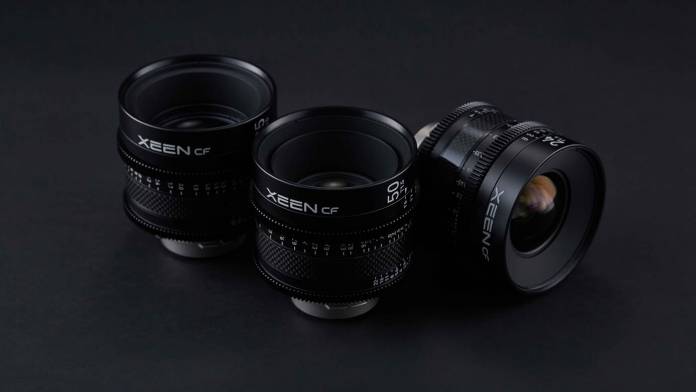 Rokinon / Samyang has announced a new line of cine lenses from its XEEN lines line. The new line is the XEEN CF Professional Cine.

According to Rokinon, the line is built on “exceptional value, features and performance” of the XEEN line. It’s been four years since the XEEN line was launched. Now, four years later we have the XEEN CF Professional Cine line.

The cinema lenses in this new line are said to be compact and lightweight — they’re built out of carbon fiber. These lenses are made to work with the latest 8K cinema cameras out in the market. Rokinon says they are the first full-frame cine lenses to use carbon fiber rather than metal. Rokinon says the line will be “sturdier, lighter, durable and more future-oriented” in regard to its design and appearance.

In total, the lens weighs 2.1 pounds and has a length of 3.6 inches in PL mount for the 24mm, 50mm, and 85mm models. They’re also compatible with equipment like drones and gimbals.

Other notable features of the XEEN CF line

The lenses feature a common front diameter of 95mm. That should make them easier to use with matte boxes. Plus, the lenses’ markings glow-in-the-dark, so you can know exactly what your settings are even on a dark set.

This lens line also includes unified focus and aperture gear positions to allow for “easier” follow focus use, “tight” color matching and dual calibrated right and life side distance and T-stop scales, according to Rokinon.