The 12mm F2.0 is a compact and light lens with autofocus capability. ROKINON positions it as a great choice for landscape and night sky shooting.

“With its dramatically wide angle of view, this exciting and attractively priced high-performance model is the lens of choice for landscape, night sky, architecture and interior shooting,” ROKINON said in a press release.

Its bright F2.0 aperture supports astrophotographers who shoot in low light conditions. Also, it provides a 99.1°angle of view and close focusing to 7.48”.

The ROKINON 12mm F2.0 lens utilizes a new Linear Stepping Motor to improve the auto-focus performance. The motor only moves one focusing group, resulting in faster and quieter focusing for both stills and video recording.

For protection against the elements, the 12mm F2.0 is weather sealed. Additionally, it features a metal housing, a matte black finish, and a micro pattern rubber focusing ring. The 12mm F2.0 weighs just 7.51 ounces and is 2.33 inches in length.

The ROKINON 12mm F2.0 AF lens for Sony E releases this June for $499. It comes with a removable petal-shaped hood, lens caps and a carry case. 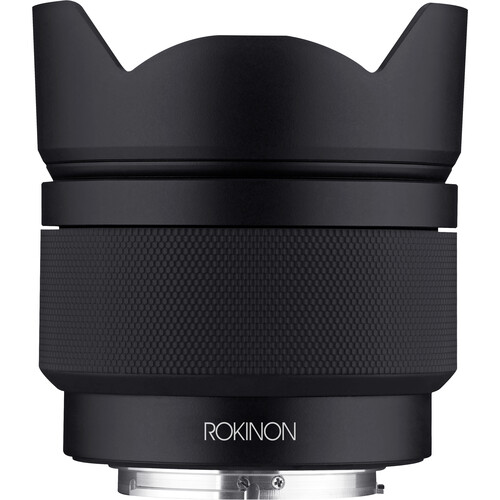