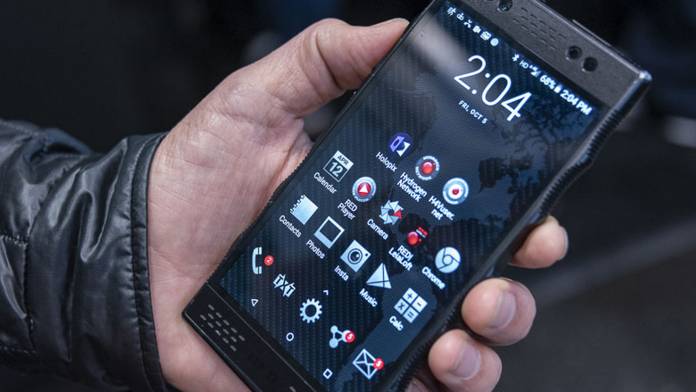 When RED first released the Hydrogen One about a year ago, it was priced at $1,295. It was way too expensive. Now, RED’s cut the price in half, but does it change anything?

The Hydrogen One new costs $645. (The Titanium version of the phone is now $895 as well.) You can see the new price now in their store. Regardless of how you look at it, that’s still a huge chunk of change for a phone. But RED’s justification is the phone is revolutionizing smartphones and filmmaking with its “holographic” 3D display. However, the phone fell sort—vastly short. Many felt the phone has a below-average regular 2D screen and it didn’t implement its 3D screen well. Additionally, it was released with a year-old processor because of production delays.

In many ways, the Hydrogen One was a flop and the $1,295 launch price was outrageous. Even with its massive price reduction, it doesn’t make the Hydrogen One any better. $645 is a lot of money and it seems like it won’t change anything. It’s still too much for what the Hydrogen One has to offer.

Where did it all go wrong?

Right from the start, the Hydrogen One was a very ambitious project. It had a lot of excitement and expectations surrounding it. RED is a reputable company making many high-end cinema cameras. It seems though that RED bit off more than they could chew with their first smartphone.

Additionally, RED promised a few add-ons, namely an add-on camera module. That was one of the huge appeals of the Hydrogen One. It was propped up as both a smartphone and a usable tool for professional video creators. There’s still no word on the development of this add-on.

Where does RED go from here?

Even with the Hydrogen One flopping right out of the gate, RED announced they were already planning to make a Hydrogen Two. Add the same time company CEO Jim Jannard said the camera add-on is in the works still and that both phones will support the add-on.

As for the Hydrogen One price drop, it is unlikely to boost the phone’s sales. There are just too many other options that are better than the Hydrogen One and came at a much lower cost. For instance, Google’s Pixel 3 is currently $499 and the iPhone XR is $599.

RED just got too ambitious right out of the gate. We hope they will take what they have learned from the Hydrogen One and make huge leaps with the Hydrogen Two.