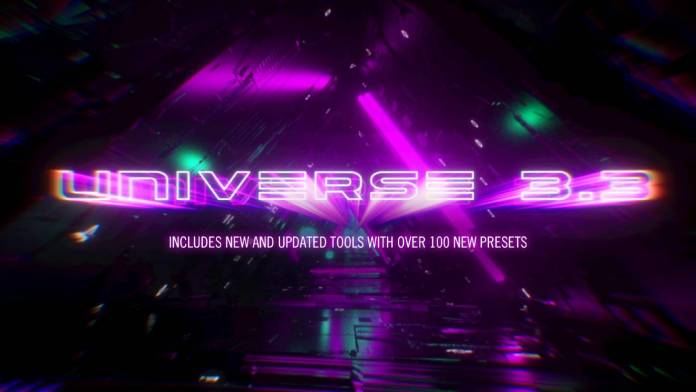 So what tools are included in this update, and what is improving? Well, the two brand new tools are called Quantum and Modes. According to Red Giant, both tools should help users access a better selection of dynamic tools for motion graphics. The tools the Glow, Glimmer, Chromatic Aberration and Hacker Text tools are getting updates.

What do the Quantum and Modes tools do?

Let’s start with Quantum. According to Red Giant, the Quantum tool creates the illusion of an animate light trial in front of or behind a layer. The tool seems like it would lend itself well to text and motion graphics.

Modes is a tool that should make it easier to combine layers in “entirely new ways” Red Giant writes in its press release. The company even goes as far to say the tool will use “powerful features that go beyond the native blend modes found on your editing timeline.”

As for the Chromatic Aberration tool, the tool now includes control over the focus area, the ability to split the aberration into multiple passes, and chromatic rotation. Lastly, the Hacker Text adds customizable random characters and the ability to auto-animate the encryption and decryption.

How you can update

To install this update, open the Red Giant Application Manager, close out all hose applications, click the “Update” button for Universe, and follow the installer prompts.