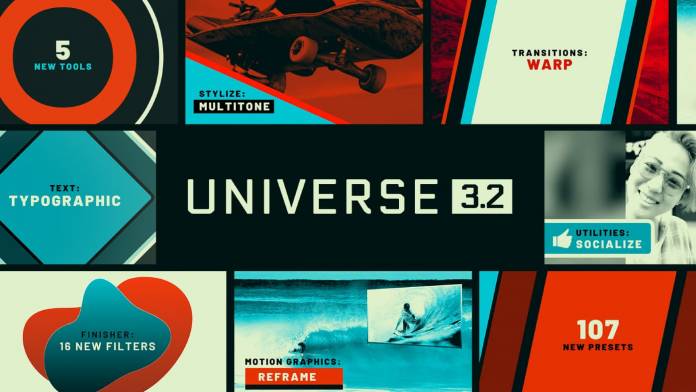 The update adds new tools like Typographic and Reframe. There is also an update to Finisher, which is said to improve image quality and offer many presets.

Finisher now includes 16 stylish color filters looking to enhance imagery. Additionally, Universe 3.2 includes a total of over 100 new presets for all of the new tools and Finisher.

Red Giant Universe is available as a standalone subscription or as part of Red Giant Complete. As for Universe 3.2, you can get the full version for $199 annually or $30 monthly. There is also an Academic option for $99 annually, shaving off $100 from the full version.

You can learn more about what’s been added and updated in Universe 3.2 on the Red Giant blog. It will also help you download the update if you are a current subscriber.