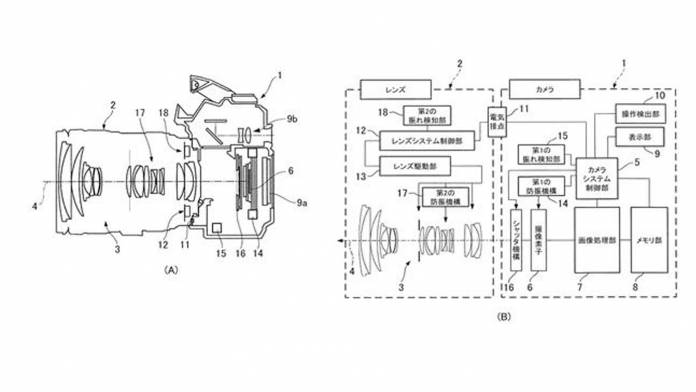 Another Canon patent has been discovered. This time, the document points to Canon working on IBIS + lens stabilization for future Canon cameras.

The patent was discovered by Canon News. The report says that Canon is working hard to make perfect an implementation of IBIS + Lens Stabilization. It is possible we could see this kind of stabilization in newer versions of the EOS R. That would be a great feature to add to the camera.

To be more specific, the patent is the Japan Patent Application 2019-215426. There have been other patents about Canon and IBIS + Lens Stabilization. This is the most current one on the topic that has been discovered.

What is Canon planning?

The patent shows Canon is planning a potential composition shift that is only active while shooting instead of all the time. This means that if the stabilization is off when framing and only engages when you hit the shutter. As a result, the composition could change as the stabilized sensor and lens elements move. They would move to make up for any camera shake.

Canon News says that the diagrams show a DSLR style body. However, the site says an Electronic Viewfinder was mentioned. Additionally, there are diagrams of both a lens-based and sensor-based optical stabilizer.

Will this technology be in the EOS R Mark II?

So does this mean that Canon is looking to add IBIS + lens stabilization to their full-frame mirrorless cameras? This would be a big update for the EOS R. Currently, Sony and Nikon are offering just IBIS. Canon, in a single release, could pass both companies. However, nothing is confirmed. Patents only mean that the company is testing things to see if they work. However, we will see if the EOS R Mark II will have this technology when it drops, potentially next year.