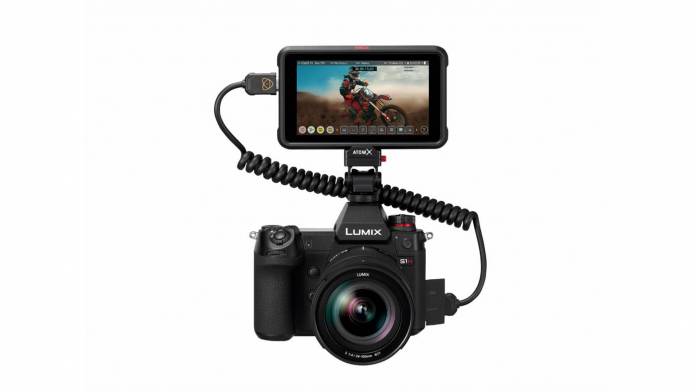 Panasonic has revealed more info about a new firmware update for the S1H. The firmware will enable 5.9K/29.97p RAW and C4K/59.94p video data to the Ninja V.

We reported about two weeks ago that the Ninja V will support RAW video over HDMI from Lumix S1H. We now have more details about that announcement. The Lumix S1H full-frame mirrorless camera will be able to output 5.9K/29.97p RAW and C4K/59.94p video data to the Atomos Ninja V monitor-recorder.

Currently, the LUMIX S1H isn’t even out yet and we’re getting this announcement. We shouldn’t have to wait too long for the S1H firmware update to come out.

Panasonic and Atomos working together isn’t exactly a surprise. The two companies have a long history of collaborating. Their history has made it possible for the two to deliver this new S1H firmware update.

When is the firmware update coming out?

With the LUMIX S1H coming out later this month, it appears we won’t have to wait too long for this firmware update to come out. According to Panasonic’s press release, the firmware is scheduled to be released in early 2020. So, we will have a little bit of a wait, but it could be released as early as January. That’s just a few months away.