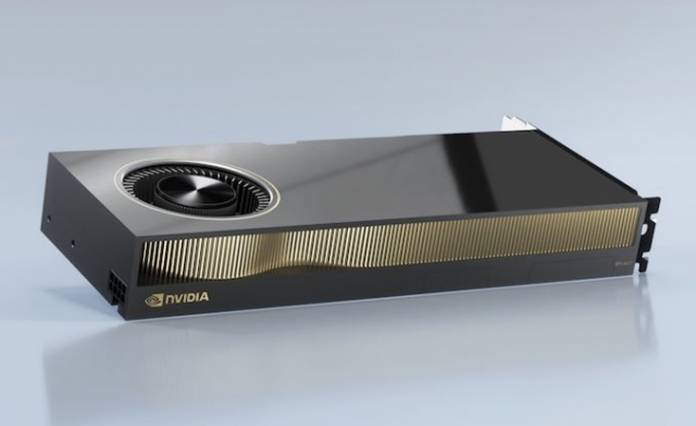 Today, NVIDIA announced the RTX A6000 and NVIDIA A40. Both GPUs are built with the NVIDIA Ampere architecture and should significantly increase PC speeds

The new GPUs features new RT Cores, Tensor Cores and CUDA cores that accelerate graphics, rendering, compute and AI. According to NVIDIA, the GPUS are “significantly faster than previous generations.”

NVIDIA RTX A6000 and NVIDIA A40 overview

Essentially, both of the GPUs are the same cards. Still, there are some differences. The RTX A6000 is the active version and is intended for desktops. As for the NVIDIA A40, it’s the passive version and is meant for data centers. They deliver up to 2 times the throughput compared to previous generations and offer concurrent ray tracing, shading and compute. Additionally, the RTX A6000 and NVIDIA A40 provide up to 5 times the throughput of the previous generation, up to 10 times with sparsity, with support for new TF32 and BF16 data formats. Also, the new CUDA Cores deliver up to 2 times the FP32 throughput compared to the past generations.

In terms of the GPUs’ memory, NVIDIA says they feature the largest memory available in a single GPU. It’s expandable up to 96GB using NVLink to connect two GPUs. With the NVIDIA virtual GPU software, NVIDIA can support graphics workloads and virtual workstation instances at scale for remote users. As for the GPUs’ PCIe Gen 4, you have access to twice the bandwidth of past generations.