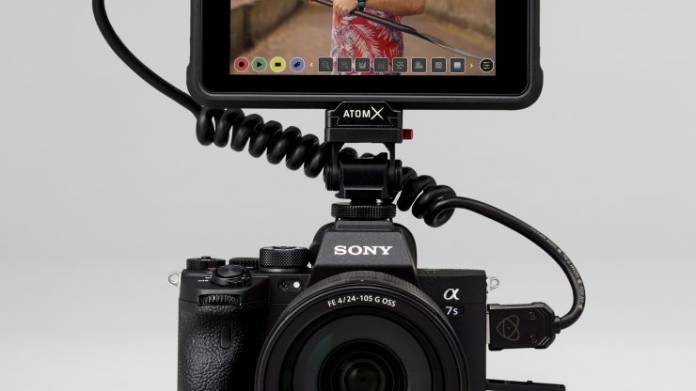 This week, Atomos enabled RAW recording at up to 4Kp60 through HDMI from the new Sony Alpha 7S III to the Ninja V HDR monitor-recorder.

According to Atomos’ press release, the Alpha 7S III’s CMOS image sensor and the Ninja’s ability to record Apple ProRes RAW should result in “maximum detail and latitude in post-production.” Images are recorded directly to SSD drives, so it shouldn’t be a hassle to transfer your data to your editing system.

There is no recording limit when shooting RAW video with the Ninja V from the Alpha 7S III. You can record ProRes RAW video as long as you have enough space on your SSD. There are chances that your system could overheat, which puts some restrictions on recording time. However, active cooling can help with the heat, making longer recording times more possible. Additionally, RAW video can also be captured on the Ninja V at the same time as compressed video is recorded internally to the memory card on the Alpha 7S III.

The Alpha 7S III’s 16-bit linear RAW output is compressed and recorded in the Ninja V as 12-bit ProRes RAW at up to 4Kp60. This ultimately results in higher quality PreRes RAW files. One of the benefits of using ProRes RAW files is that they allow for better noise control. The Alpha 7S III’s low light performance is already impressive. So low light RAW video shot with the duo should look very clear.

For the first time in a mirrorless camera from Sony, a 10-bit 422 HDMI video output option is available. The Ninja can record this output as 10-bit 422 Log or Rec.709 video at up to 4Kp60 into ProRes or DNx codecs. Ultimately, these offer long record times and practical data rates.

The Ninja V sports a 5” 1000nit HDR display that will now view the Alpha 7S III RAW signal in HDR. You can choose the display to show it either in HLG and PQ (HDR10) formats or view natively in Sony’s S-Log profile and used with LUTs. Additionally, you can use the monitor’s touchscreen function and access waveform, magnification and peaking.